Saul Niguez’s “new club” announcement is likely to be a commercial stunt, reckons Spanish football expert Guillem Balague. Atletico Madrid midfielder Niguez has been linked with a move to Premier League giants Manchester United this summer. The Spain international fuelled speculation over his future on Sunday by claiming on his social media accounts that he would announce his “new club” this Wednesday.

United fans understandably got excited at the tweet but Balague does not think it is anything more than a commercial exercise.

He claims Niguez is not the type of person who would announce his departure from a club he loves like that.

Balague said on his YouTube channel: “By the way there’s no information, nobody knows what it is, apart from the people involved of course, but it’s pretty obvious in my eyes, well that’s what I think.

“First of all, he’s a big Atletico Madrid fan, or he feels very close to the club.

“He has renewed his contract despite having interest from others. 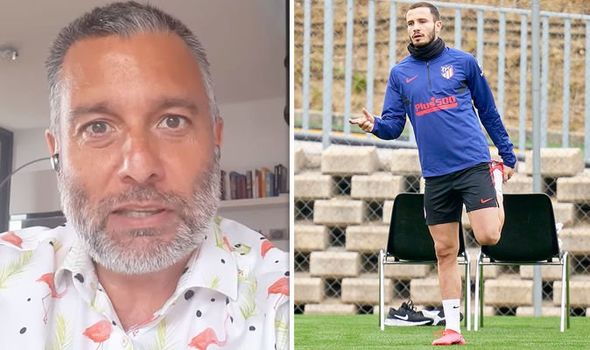 “He will always tell the club if he’s leaving but that will be at the right time if he leaves.

“Do you think he will put a post on Twitter saying that he’s going to another club?

“Doesn’t that sound to you like a bit of a commercial exercise of some kind? It does to me.

“I may be completely wrong but it sounds to me like a big commercial thing.

“Atletico Madrid will tell you they don’t expect anything because he’s not leaving.

“So I think I answered that there. But it has kept you busy and yes some media are mentioning Manchester United etc. We will see on Wednesday.”

Niguez, 25, has spent the entirety of his professional career at Atletico, making over 280 first-team appearances.

United legend Rio Ferdinand, who previously stated he wants his old club to sign Niguez, reacted to the midfielder’s tweet simply with the eyes emoji.

And supporters took that as meaning Ferdinand knew more than they did. 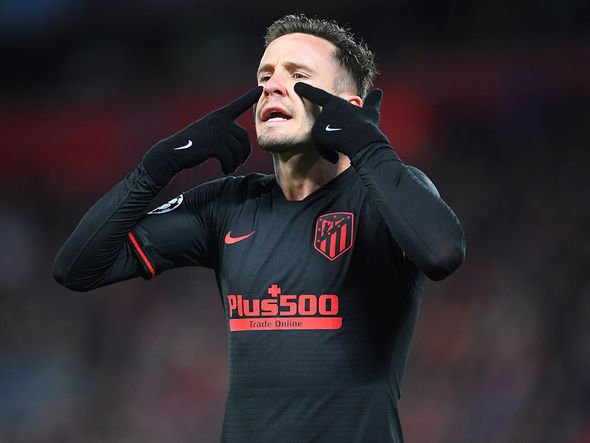 “When rio tweets, it’s something he already know. Tell us mate,” said a second supporter.

“Surely not Rio…. would be scenes,” replied a third.

A fourth added: “Rio anytime you are on a transfer my heart skips.”

Speaking earlier this year on Niguez, Ferdinand said: “I’ve been harping on about Saul Niguez for a few years now.