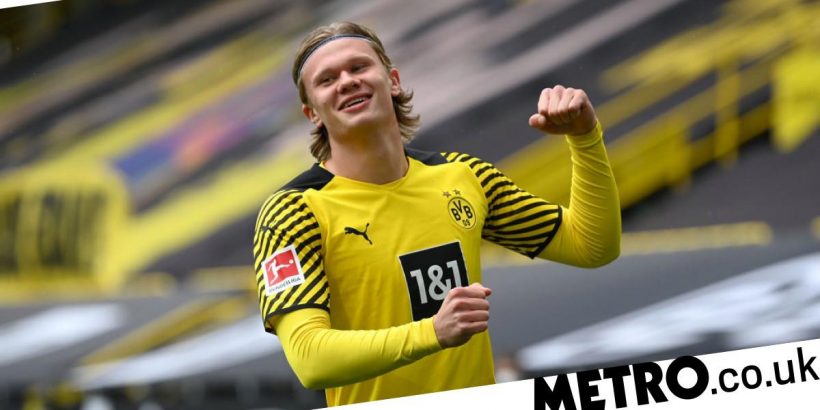 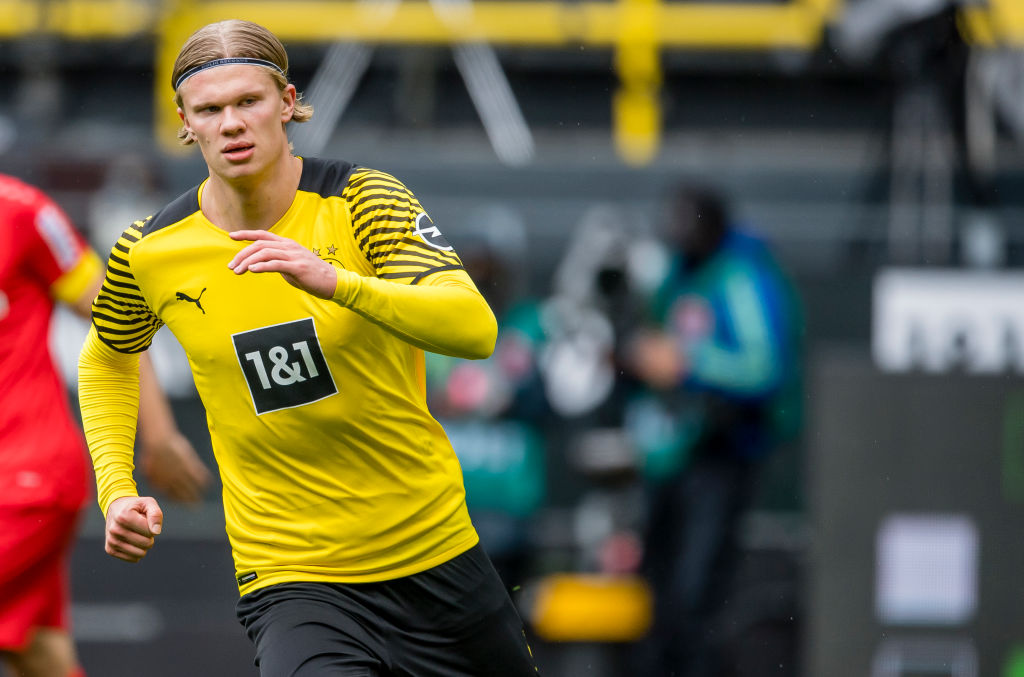 Dortmund superstar Erling Haaland has reportedly approved a move to Real Madrid this summer, with the La Liga giants hopeful that a fee of around £112million can be agreed for the Norway striker.

Haaland, 20, is the most coveted player in world football after a scintillating 18 months in Germany with Dortmund, where he’s averaged just shy of a goal-a-game in his 59 appearances for the club.

Manchester United, Chelsea and Manchester City are just three of the clubs desperate to sign Haaland but while the Premier League trio are open to battling for him this summer, they’re aware that a release clause in the forward’s contract means he’s available for £62m in 2022.

However, in a bid to beat their rivals to his signature, Madrid are willing to put up a far higher fee this summer in order to land Haaland and Marca claim the Norwegian has decided to move to the Bernabeu.

Haaland’s father, Alf-Inge and super-agent Mino Raiola visited Madrid earlier this year to discuss a move to the Spanish capital and the striker has now reportedly given the transfer the green light.

Dortmund are already set to sell Jadon Sancho to Manchester United for a fee of around £80m but they could fetch around £200m for the England star and Haaland in the same window.

Madrid have been lining up a deal for Paris Saint-Germain superstar Kylian Mbappe for the last two years but any deal for the Frenchman would have to shatter the world transfer record, which was set by the Ligue 1 giants when they signed Neymar for £195.5m in 2017.