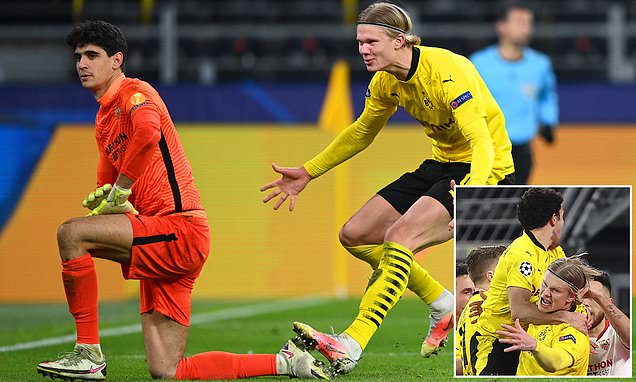 Borussia Dortmund star Erling Haaland has insisted he doesn’t even know what he yelled in the face of Sevilla goalkeeper Yassine Bounou after scoring his second goal on Tuesday night.

Haaland was involved in bizarre circumstances which saw a passage of VAR madness in the Champions League knockout showdown.

The Norwegian had initially slotted past the keeper with a neat close-range finish, only for the referee to rule it out for a shoulder barge in the area… but then pull play back to a foul just moments prior and award a penalty. 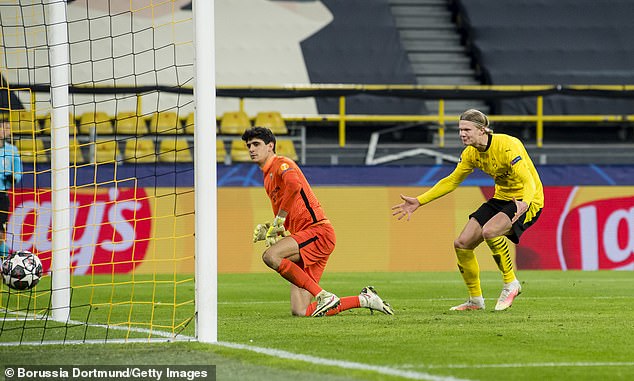 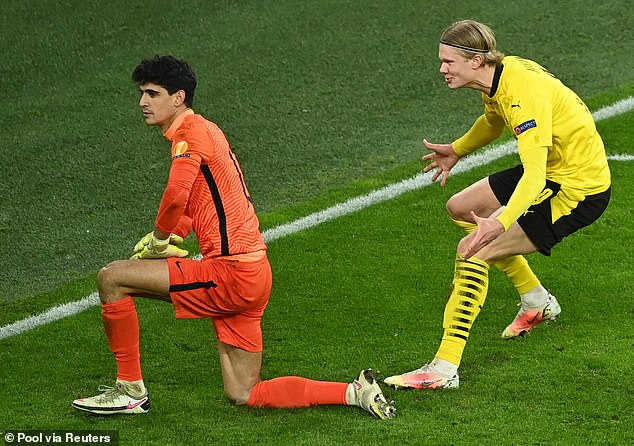 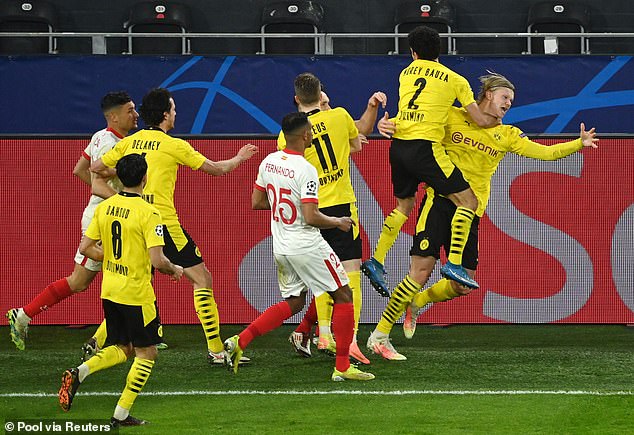 After having seen his goal chalked off, Haaland stepped up to take the penalty and saw it saved by the keeper, before being denied with a follow up attempt.

Cameras then picked up Sevilla stopper Bounou – simply known as ‘Bono’ – gloating in the face of Haaland after thwarting him from 12-yards.

The madness would continue just seconds later however, after VAR determined Bono was off his line for the penalty and a retake was required.

This time the former Salzburg man stepped up and slammed the ball into the bottom corner, before immediately rushing over to Bono and repaying the gesture before peeling away to celebrate. 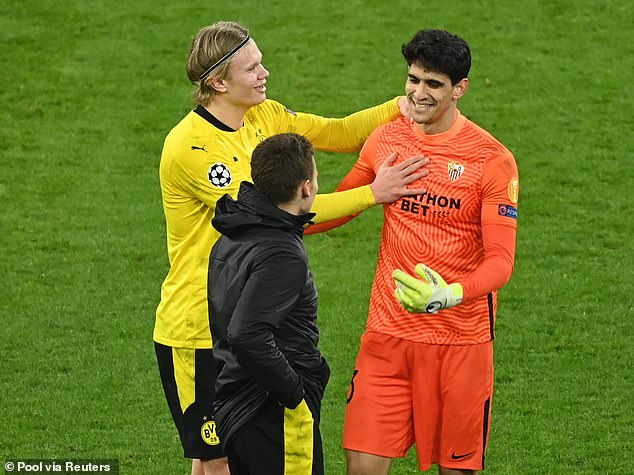 Explaining the action in his post-match interview, Haaland told Spanish publication Diario AS: ‘I missed and Bono laughed.

‘So I shot again and he was no longer laughing.

‘When he shouted at me after the first penalty, I thought “I better score another goal” and that’s what happened, so great.

‘That’s normal in this world. I have no idea what I yelled at him, I said the same thing he said to me. I don’t know what it meant.’

A handful of Sevilla players were left furious by Haaland’s response of yelling back at their keeper and angrily pursued him to the touchline in mid-celebration. 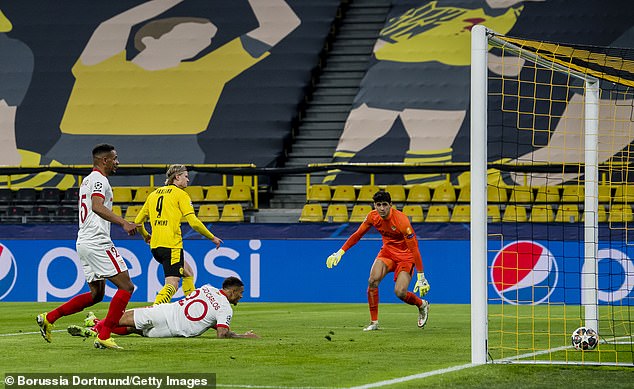 The striker was booked for his antics, while Diego Carlos was also cautioned by the referee.

The fiery fixture saw the referee reach into his pocket nine times in total to award a spree of cautions throughout.

Ultimately the match would end 2-2, with a Youssef  En-Neysri brace equalling that of Haaland’s, but Dortmund progressed to the quarter-finals of the competition with a 5-4 aggregate scoreline.

The Germans join Porto in the next round, following their impressive two-legged victory over Cristiano Ronaldo’s Juventus.