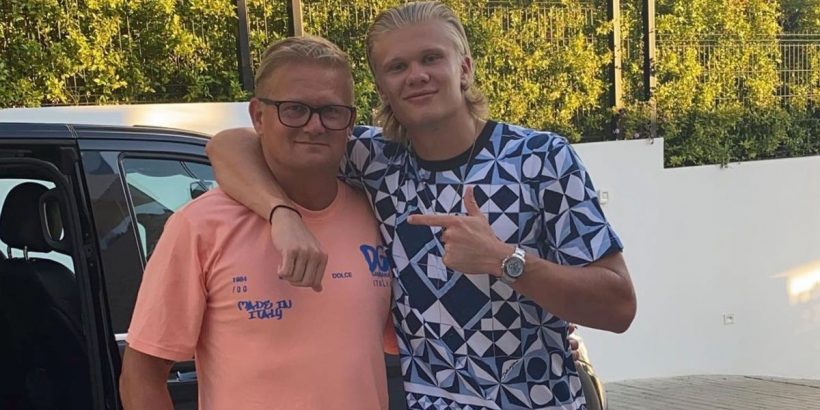 Erling Haaland's dad has outlined an exit plan for his son at Manchester City just weeks after the striker joined in the summer transfer window.

The Premier League champions swooped in for the 22-year-old after a release clause at Borussia Dortmund became active worth £51million. In total, agent fees, signing bonus and other costs have taken that number to £85.5m.

However, after an electric start where the Norwegian has scored 14 in his 10 games for City, the club would have likely paid double that to stave off the competitors for his signature, including Real Madrid and Barcelona.

But City fans might have to enjoy him while he lasts after the striker's father Alf-Inge revealed that he only envisages his son playing at the Etihad until 2025. That would see Haaland depart after just two and a half years.

Speaking on the documentary 'Haaland: The Big Decision', Alf-Inge, who also played for City, said: "I think Erling wants to prove his abilities in all leagues. Then he can stay there [Manchester City] for three or four years at the most.

How many Premier League goals will Erling Haaland score this season? Let us know your thoughts in the comments section below

That would give City cause for concern having tied Haaland down to a five-year contract when he signed in the summer, worth £400,000 a week. However, part of the deal also includes two separate release clauses – one in 2024 and another in 2025.

The Norway international said recently: “When I was a young boy, like everyone, I dreamt about becoming the best footballer in the world and making a living off it.

“Now I do. I think money is important for everyone in this world. To make the most money, that is not the main focus, but you would like to make as much as possible.