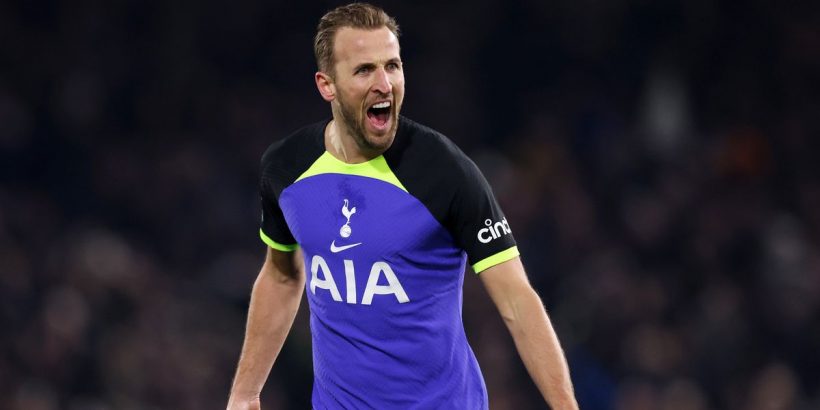 Kane gave Spurs the lead when he latched onto Son Heung-min's assist to strike the ball into the bottom right corner. And the sweetly struck goal – which earned his side a 1-0 win at Craven Cottage – saw Kane go neck and neck with Spurs idol Greaves' record as they both have 266 goals to their names.

But White Hart Lane legend Greaves achieved the feat in 379 matches, while Kane took 415 games to reach the record. It was also Kane's 16th Premier League goal in the match that was delayed due to travel restrictions on the tube.

His effort also quietened the noise from Spurs' fans who called for chairman Daniel Levy to get out of the club in the beginning stages of the game. And Tottenham fans flocked to Twitter to praise the heroics of the England captain.

One fan declared: "THE GREATESTTT," alongside a picture of Kane. Another user announced: "When nothing else has us, Kane comes through."

And a third added: "Kane keeping this club alive, I’m gonna cry when he leaves." While a fourth fan demanded that a statue of Kane should be erected at White Hart Lane.

Is Kane Tottenham's best-ever striker? Let us know in the comments section

Kane's knack for scoring goals is the reason why Manchester United have placed him at the top of their list of attacking targets this summer. The 29-year-old is rapidly approaching the final 12 months on his Spurs contract, meaning the club may decide to cash in on him if he doesn't put pen to paper on a new deal soon.

But United will be wary about doing business with shrewd Spurs owner Levy who Sir Alex Ferguson once described as a pain to do negotiations with. However, it may not come to that as reports claim Kane's willing to remain in North London if the "circumstances are right".