‘Since he took over he’s had a plan to become one of the best teams in Europe’: Harry Kane hails Mauricio Pochettino’s ambition as Tottenham prepare for Champions League final

Winning the Champions League final against Liverpool on Saturday would be the culmination of Mauricio Pochettino’s grand plan for Tottenham, talismanic striker Harry Kane said ahead of the biggest match in the north London club’s history.

Pochettino inherited a team that finished sixth in the Premier League when he jumped ship from Southampton in May 2014 to take charge of a Spurs side that had long lived in the shadow of London rivals Arsenal and Chelsea.

But powered by home-grown striker Kane, who got his first proper run in the team under Pochettino and has finished as the club’s top scorer in every season under the Argentine, Spurs have turned into a force to be reckoned with. 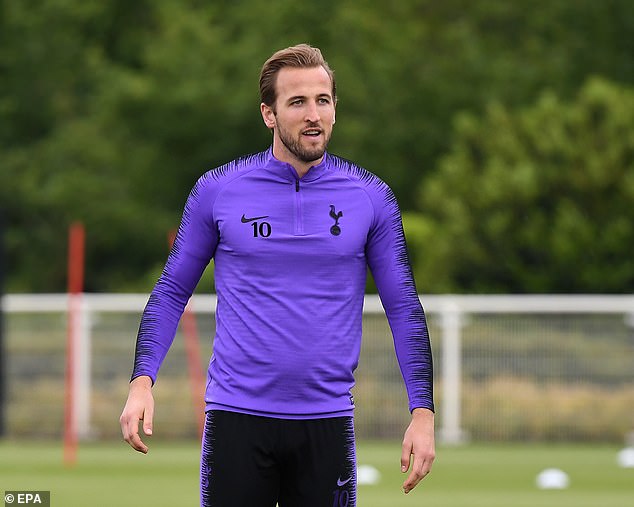 ‘He’s been massive,’ Kane said at a media day at Spurs’ state of the art training centre.

‘Since he took over he’s had a plan to become one of the best teams in Europe and now we’re not far away from the biggest game in Europe and in our club’s history. He’s done a fantastic job, he’s a great manager.’

Spurs have secured four consecutive top-four finishes in the Premier League, moved into one of the most impressive stadiums in world sport at an estimated cost of one billion pounds, and are one match away from being crowned European champions.

For Kane, Spurs’ rise is down to he and his team mates following Pochettino’s lead.

‘All the players want to fight and play and do everything for him,’ he said.

‘That’s the standards he’s set, you see the way the club is now, the training ground, the stadium, playing in Champions League finals, that was the plan and now it’s to win it, and step on and to go on to win more and more. It starts on Saturday.’ 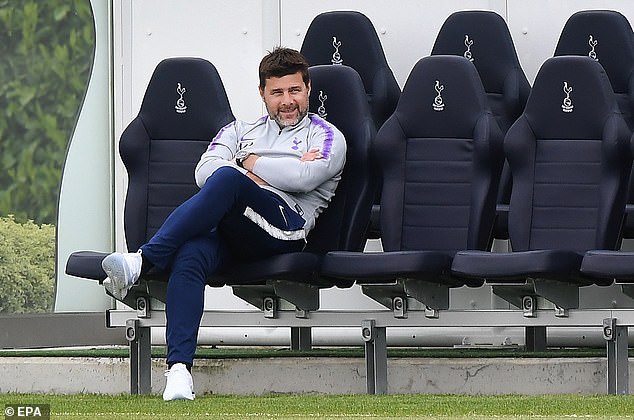 Kane has recently returned to full training ahead of the final after damaging ankle ligaments in the 1-0 win over Manchester City in the Champions League quarter-final first leg.

He was forced to watch their epic 4-3 defeat by City to progress on away goals from his living room and was in the stands for their heroic 3-2 win at Ajax Amsterdam from two goals down in the last four.

But he is confident of being fit in time to play a role in the showpiece at the Wanda Metropolitano, whether from the start or the bench.

‘It’s always different because you’re watching from the outside and you can’t control it. So you’re watching as a fan and the emotions of the City game, the Ajax game, for any fan were a rollercoaster of emotions and me included,’ Kane said.

‘The whole campaign players have come in and come out, suspensions and injuries, and that’s part of this squad. We’ve got to be there and be ready to step in no matter what happens.’ 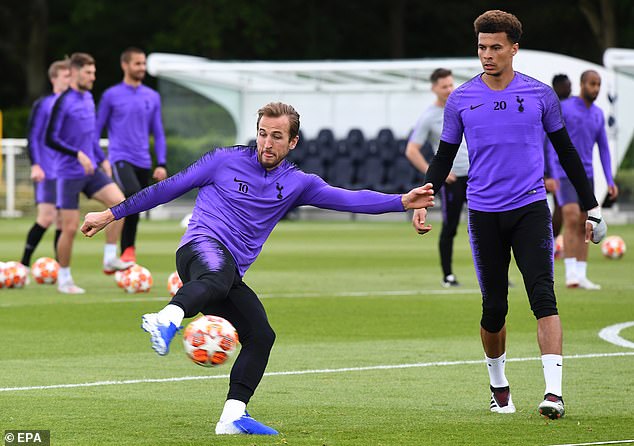