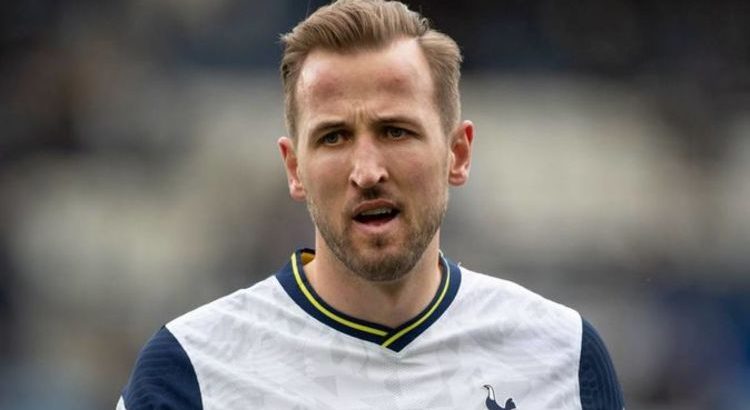 Harry Kane is desperate to leave Tottenham and repeatedly told Spurs transfer chief Fabio Paratici that he wants to go this summer. It comes as Daniel Levy insists he will not leave for Manchester City.

Tottenham star Kane told Paratici over and over again that he wanted to leave the club in a lenghty meeting with the club transfer chief.

The England international has been manoeuvring for a transfer away this summer from the team he has spent his entire professional career with.

It started before the window even opened as Euro 2020 prepared to start after a disappointing season that saw Spurs drop into the Europa Conference League.

Kane believes he should be battling for the top prizes in the Premier League and the Champions League.

But with Tottenham, his trophy cabinet is bare – while the likes of Kieran Trippier, Kyle Walker and even Juan Foyth have left in recent years to win silverware.

Spurs chairman Levy has insisted Kane is not for sale as City look to try prise him away from north London.

Despite their hard stance, the 28-year-old remains hellbent on leaving this summer.

According to Tottenham reporter Jack Pitt-Brooke from The Athletic, Kane met with Paratici last week where they talked about the upcoming season.

It was reported that in a long meeting, the striker repeatedly told the Italian that he wanted out as soon as possible.

Whether City will be able to sign the Englishman remains to be seen while Pep Guardiola would love to bring him in after two defeats already this season.

Kane trained with his teammates this season for the first time after coming out of isolation.

He had been staying at the training ground hotel, The Lodge, after returning from an extended holiday in the Bahamas.

Despite the ongoing speculation over his future, Kane is in line to play some part this Thursday.

Tottenham face Pacos de Ferreira in a Europa Conference League play-off and arrive full of confidence after beating City 1-0 at the weekend.