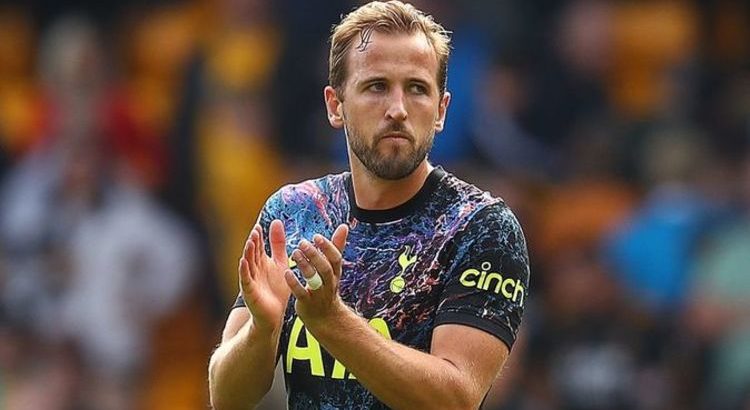 Harry Kane has issued a statement confirming he will now stay at Tottenham the summer, meaning his potential British-record transfer to Manchester City is off. Spurs owner Daniel Levy has made the club’s stance clear all summer that the striker is simply not for sale and with City still yet to make the breakthrough during negotiations, the England captain has now confirmed he will be going nowhere – for now at least.

Kane was a second-half substitute in the 1-0 win at Wolves last Sunday after staying at home for the UEFA Conference League defeat to Pacos de Ferreira in Portugal.

Yet despite his clear desire to trade the Tottenham Hotspur Stadium for the Etihad, Kane was still met with applause at Molineux from the traveling fans, despite being mocked by Wolves supporters.

The 28-year-old has now taken the time to thank those who gave him such a warm reception during the trip to the Black Country, before confirming that he will stay…

Kane wrote on Twitter: “It was incredible to see the reception from the Spurs fans on Sunday and to read some of the messages of support I’ve had in the last few weeks.

“I will be staying at Tottenham this summer and will be 100 per cent focused on helping the team achieve success. #COYS”

Manchester City opened the bidding with an offer of £100million at the start of the summer but the approach was rebuffed by Spurs.

The bid also included the option to add several players into the deal including the likes of Aymeric Laporte and Gabriel Jesus respectively.

Tottenham were not interested at all though before City moved to sign Jack Grealish for £100m after he starred with England at the European Championships.

It’s understood the Premier League champions did return with an offer worth around £128m for Kane though in the past few weeks.

By this point, Tottenham were no longer picking up the phone or entertaining the idea of a sale.

Kane is considered invaluable to Spurs and it would have taken an offer close to £150m to potentially change their mind.

The player was pushing for the transfer to the Etihad Stadium though behind the scenes after planting the seed that he wanted to leave towards the end of last season.

He told Gary Neville during an interview for Sky Sports that there was a conversation that needed to be had with Levy.

Spurs were frustrated by the way Kane handled the situation but did not hold it against their frontman.

Kane then failed to report for pre-season training on time earlier this month following his family holiday in Miami but he issued another strong-worded statement in which he declared he was returning when planned, denying he refused to train.

New boss Nuno Espirito Santo has held several rounds of crunch talks with Kane since taking over earlier this summer as he urged all parties to pull together to find a solution.

The Portuguese was under no illusions that Kane would not be leaving having received assurances from the board that they would not give in.

Now Nuno will be relishing the chance to work with Kane, who he considers among the best players in world football, as he looks to add more quality to his squad.

Tottenham are continuing to work on a deal to sign Adama Traore from Wolves, a player who could bring Kane more joy in the final third following his Premier League golden boot triumph last season with Spurs.