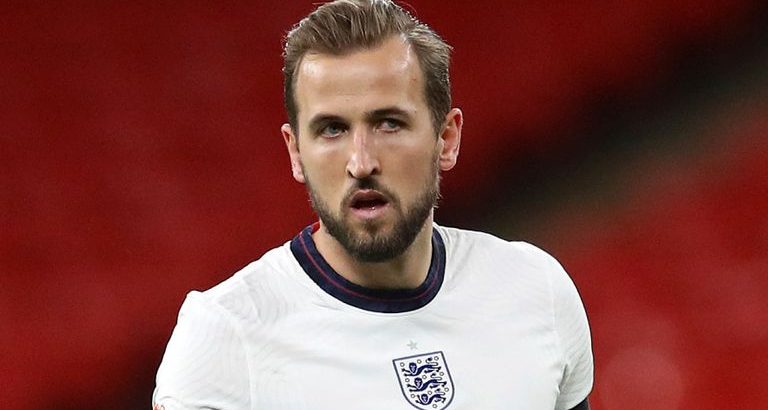 Jose Mourinho says he is hopeful a compromise can be reached with England to “protect” Harry Kane during this month’s international break.

England captain Kane is expected to be named in Gareth Southgate’s squad on Thursday ahead of World Cup qualifiers against San Marino, Albania and Poland – which will be played in the space of seven days.

Kane has been a regular starter for Tottenham all season and Mourinho wants him available for the crucial final months of the campaign. The Spurs head coach confirmed Kane will play in Thursday’s Europa League last-16 second leg away tie against Dinamo Zagreb.

The striker was substituted towards the end of last week’s first leg – in which he scored both goals in a 2-0 win – and was seen pressing an ice pack on his knee on the sidelines.

Kane also missed games due to an ankle injury earlier this year and, while he acknowledges Southgate will decide how much his captain plays on international duty, Mourinho is aware of the need to manage the 27-year-old’s workload. 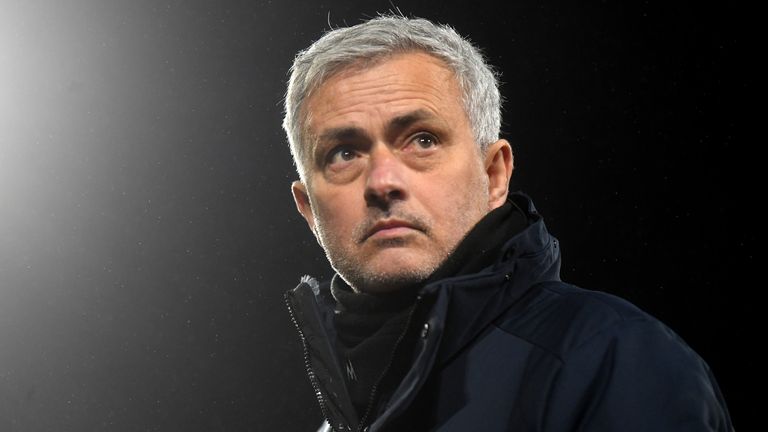 He said: “I cannot do Gareth’s work, the same way Gareth is not trying to do my work. He doesn’t make any comments about my selection, he doesn’t give any public opinion.

“I don’t feel very comfortable in doing that. If in the summer I do some work with the media for the Euros, then I will feel some freedom of speaking about others’ jobs. But in this moment I don’t feel comfortable.

“He does what he thinks is best for the team. I believe that he has a good relationship with Harry. Good relations normally means good communication and I hope that happens between them without me being in the middle saying something.

“I hope that, between them, they can find some compromise to protect the player.”

This month’s international break comes amid an already congested fixture list and, although he says he is pleased to see his players represent their countries, he believes playing three matches is too much to ask.

“I have no control. If I could choose, I would love them all to go because I love my players to be involved in national teams,” he said. “I think it’s a question of pride for them and is a plus for us as a club.

While Kane is fit to play in Croatia on Thursday, Spurs will be without Heung-Min Son, who sustained a muscle injury in last weekend’s 2-1 defeat at north London rivals Arsenal. While that injury did not stop South Korea naming Son in their squad for a friendly away to Japan next week, Mourinho made it clear the forward will not travel if he is not fit.

“If a player is injured, a player cannot play – it doesn’t matter what match it is,” said Mourinho. “If he is injured and we can prove that, what is he going to do? Nothing.

Spurs’ loss at the hands of Arsenal was disappointing for Mourinho’s side, but pales in comparison to the turmoil endured in recent days by Thursday’s opponents Dinamo Zagreb. 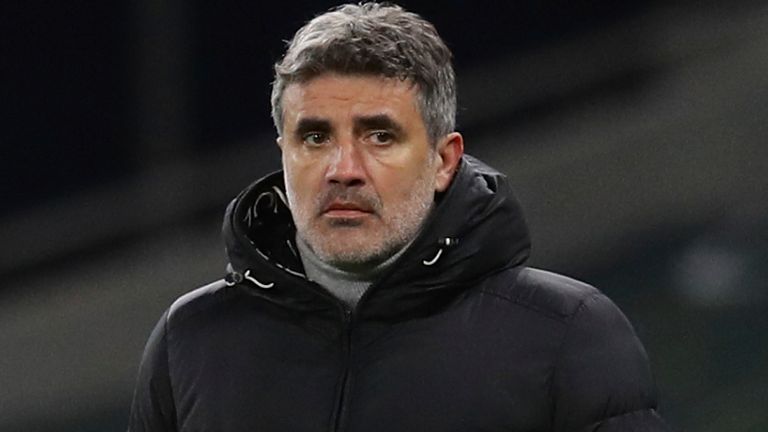 On Monday, Croatia’s Supreme Court handed their head coach Zoran Mamic a near-five-year prison sentence for fraud, forcing him to resign from the club and be replaced by Damir Krznar.

But Mourinho does not think the upheaval will affect the second leg, saying: “Same players, same team, the assistant coach becomes the coach now, the ideas are the same, the philosophy is the same.

“They are not going to change anything in two days. When somebody is the assistant and shares the ideas of the head coach, I don’t feel anything is going to be different.”

Despite taking a 2-0 lead into the game at the Maksimir, Mourinho insists his side will not sit back, saying: “I don’t think it’s such a good lead. I feel it is open, I don’t feel ‘game over’. So the way to approach the game is to think that we still have a match to play and to get a positive result.

“If we qualify with a defeat in this game I will not be happy, and that’s the way I want the players to think. We don’t go there to defend a lead – we go there to try to win the game.”