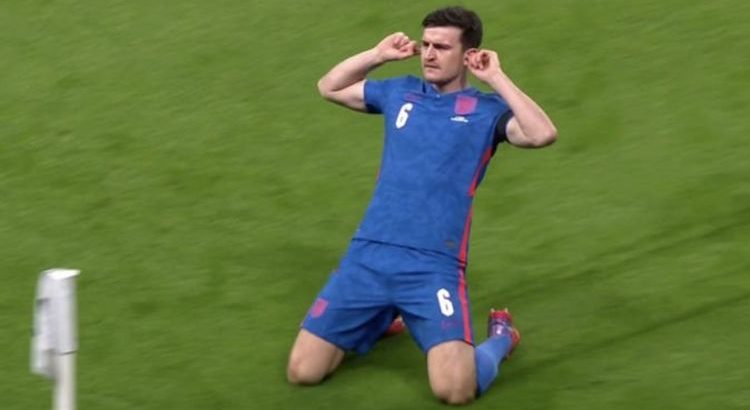 Harry Maguire sent a defiant message to his critics by sticking his fingers in his ears after scoring England’s opener during their World Cup qualifier against Albania. The Manchester United defender has come under intense scrutiny for his performances at club level recently.

The 28-year-old nodded in the opener at Wembley on nine minutes after connecting with Reece James’ delivery.

Maguire celebrated by cupping his ears before slidding on his knees in front of the jubilant England crowd and sticking his fingers in his knees.

His goal celebration was indicative of a player who has been trying to block out the noise after a slump in form.

Maguire has lost four of his last five Premier League games with United and had faced calls to be dropped at club and international level.

However, Gareth Southgate, who defended Maguire’s reaction to United’s disastrous run of results, stuck by the defender and was instantly rewarded for his decision.

The England boss said before Friday night’s World Cup qualifier that he has ‘total trust’ in Maguire.

Speaking to talkSPORT, he said: “Harry hasn’t ducked an interview, ducked an appearance and he’s a strong man.

“Clearly the club have had some difficult results but, again, this week is an opportunity for him to have a different focus, different team-mates around him, refresh.

“With us – and I can only talk about with us – he knows his role, he’s surrounded by good players.

“He’s one of a number of leaders so he hasn’t got to be leading everything.”