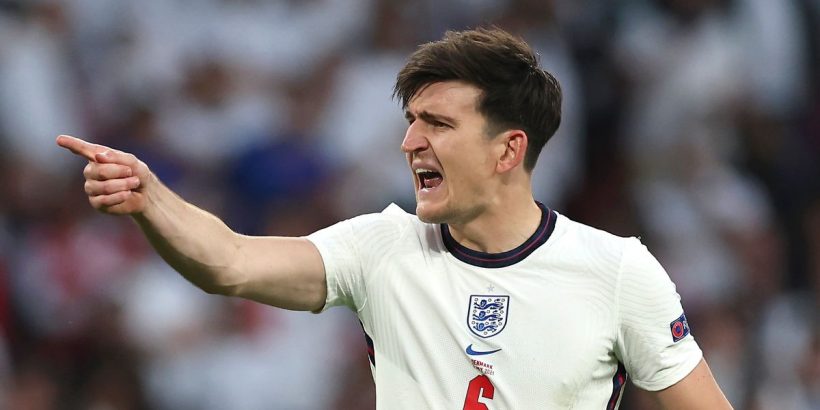 England star Harry Maguire has called for social media companies to do something about racist abuse on their platforms – claiming it is too easy for trolls to abuse footballers online.

The likes of Facebook, Twitter and Instagram are in the spotlight once again after Marcus Rashford, Bukayo Sako and Jadon Sancho all received racist abuse following England's Euro 2020 final defeat to Italy.

Prime Minister Boris Johnson has piled the pressure on the under-fire firms to get their act together, and Manchester United defender Maguire also believes something need to change.

Speaking to The Sun, the 28-year-old said he was sadly not surprised at the awful racist abuse his England team-mates were forced to endure.

He began: "Something needs to be done. The companies need to verify every account.

"It is too easy to troll and abuse. To be racist is just too easy to be done and get away with."

"The amount of times we lose a football match with Manchester United and it happens — something needs to be changed."

Maguire acknowledges that there is a good side to social media, allowing fans to get closer to their heroes and providing players with the chance to interact with supporters on a human level.

What do you think needs to be done to rein in social media companies? Let us know in the comments section. But he also finds it impossible to ignore the negative side, all the while believing there is a real opportunity for change going forward.

He added: "There is a negative side but it can be stopped and changed. We need it to change."

That change could come in the form of ID verification for social media profiles.

Over 650,000 have signed a petition that if it becomes law, would force people opening new social media accounts to prove their identity, in the hope of stopping online abuse. The petition stated: "Make it a legal requirement when opening a new social media account, to provide a verified form of ID.

"Where the account belongs to a person under the age of 18 verify the account with the ID of a parent/guardian, to prevent anonymised harmful activity, providing traceability if an offence occurs."