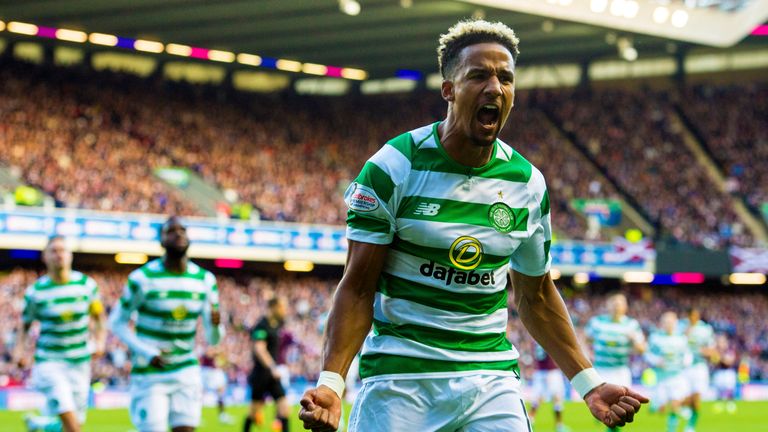 Ryan Christie inspired a dominant second-half performance from Celtic as they reached the Scottish League Cup final by overwhelming Hearts 3-0 at Murrayfield.

Christie came off the bench at half-time for Olivier Ntcham and swiftly won a penalty, which was converted by Scott Sinclair (53).

As it happened at Murrayfield

Celtic’s second goal came after Christie’s shot was spilled by Zdenek Zlamal, James Forrest pouncing on the rebound (66), and the 23-year old substitute thrashed home a magnificent third from 25 yards (73) to seal the victory.

Hearts were hugely hampered by the early loss of their captain Steven Naismith to injury, and though organised, the league leaders struggled to threaten Brendan Rodgers’ side, who will face Aberdeen or Rangers in the final on December 2.

Man of the match: Ryan Christie

After all the pre-match controversy about the choice of venue, the first semi-final to be played at the home of Scottish rugby began in spectacular fashion, with a crowd of 61,161, the largest for a domestic football match in Scotland since 1990 creating a crackling atmosphere at kick-off.

The volume levels cranked up further inside a minute when Steven MacLean was booked after a clash with Celtic skipper Mikael Lustig.

Hearts were dealt a huge setback after seven minutes as Naismith was forced off with a knee injury, and replaced by Danny Amankwaa. The loss of their captain and leading scorer would prove a major blow and Craig Levein’s side struggled without his on-field game management as they gradually felt their way into the contest. 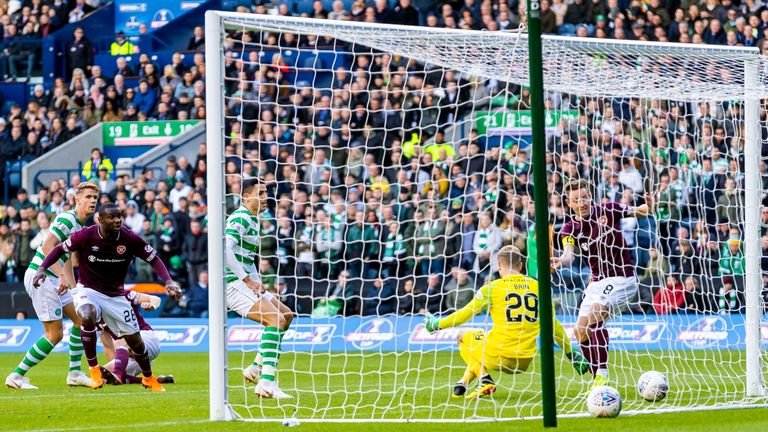 The opening half-hour was a tight, tactical affair with few openings and Rodgers also made an early switch, bringing on Sinclair for the hobbling Eboue Kouassi. Celtic largely dominated possession, but while they looked threatening on the break they were unable to seriously test the Hearts backline, often resorting to the long ball.

It was Hearts who had the first shot on goal, Olly Lee’s dipping volley from 30 yards easily dealt with by Scott Bain. They had the ball in the net after 40 minutes from a corner, as Peter Haring’s knockdown was prodded home by MacLean, but the striker was correctly flagged a yard offside.

Shortly before half-time, Celtic broke up the park, and Zlamal was forced into an excellent, low one-handed save from Sinclair’s curling shot from the edge of the area. To restrict the cup holders to that single effort was testament to Hearts’ organisation, but Celtic had yet to go through the gears. Rodgers made a second injury-enforced change at half-time, when Christie replaced Ntcham, and he soon drew a foul from Oliver Bozanic. Contact looked minimal, but referee Willie Collum was in no doubt and Sinclair sent Zlamal the wrong way with the spot-kick.

Edouard headed over, and Tom Rogic shot straight at Zlamal from 18 yards, as Celtic tried to press home their advantage. Hearts were reeling, but the second goal was entirely self-inflicted.

Christie’s shot from the edge of the box was well hit but looked straightforward for Zlamal, yet he spilt it and the ball spun behind him over the line before he could scoop it away, Forrest following up to make sure. 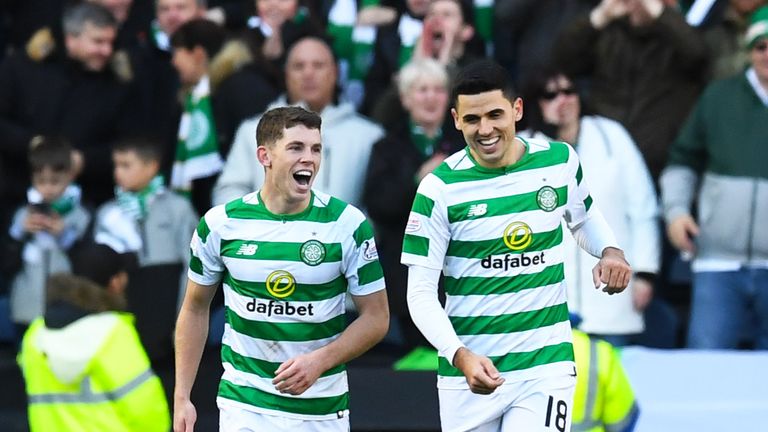 Christie then produced a wonderful piece of technique to cap an impressive performance, as he side-footed high past Zlamal from outside the box after Edouard’s knockdown.

Forrest and Kieran Tierney both had stinging goal-bound efforts saved by Zlamal as Celtic threatened to run riot late on, while Sinclair had two shots cleared off the goal-line by desperate last-ditch Hearts defending.

Rodgers and his side celebrated joyously on the pitch at full-time, and while Celtic can look forward to a Hampden showdown in five weeks’ time, Hearts will reflect on what might have been had Naismith not departed early, and Levein must rouse his injury-hit side for a Halloween derby with Hibernian.