Manchester United are believed to be close to agreeing a deal to sign Ajax midfielder Donny van de Beek from under Barcelona’s noses, and Express Sport has taken a look at how they could line up with the Dutchman in their side next season. Van De Beek will reportedly be allowed to leave the Dutch champions for a fee of £40million.

Van De Beek was a target for United last summer, but the Red Devils failed to make a bid.

He was on the verge of being confirmed as a Real Madrid player 12 months ago before talks between the two clubs broke down at the 11th hour.

This summer, he has emerged as a target for new Barcelona manager Ronald Koeman, who is overseeing a squad overhaul at the Nou Camp.

But the Daily Mirror claims United are taking the first step and are confident they can beat the Catalans to the midfielder. 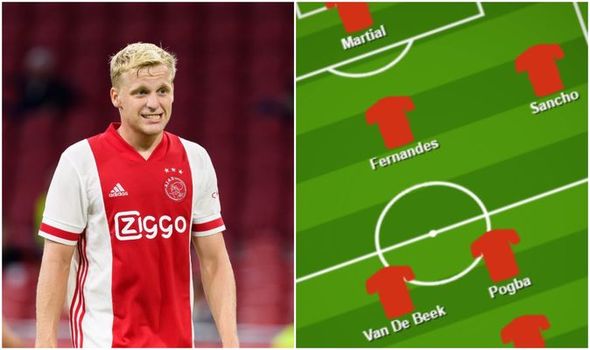 Barca are currently putting all their effort towards keeping Lionel Messi at the club, and as a result haven’t acted on their interest in Van De Beek.

United boss Ole Gunnar Solskjaer is said to have played a key role in persuading the 23-year-old to join the club.

Van De Beek was left out of Ajax’s squad for Saturday’s friendly with Eintracht Frankfurt, with boss Erik ten Hag hinting he was close to an exit.

He said: “There have been some developments that made us decide us to keep him out of today’s squad.

“We will see what happens.

“We’ll make an announcement as soon as there’s some clarity.”

Van De Beek is expected to be United’s first signing of the transfer window but not their last, as they are still keen on Jadon Sancho of Borussia Dortmund.

United are also being tipped to sign a new left-back, with Monaco youngster Fode Ballo-Toure a potential option. 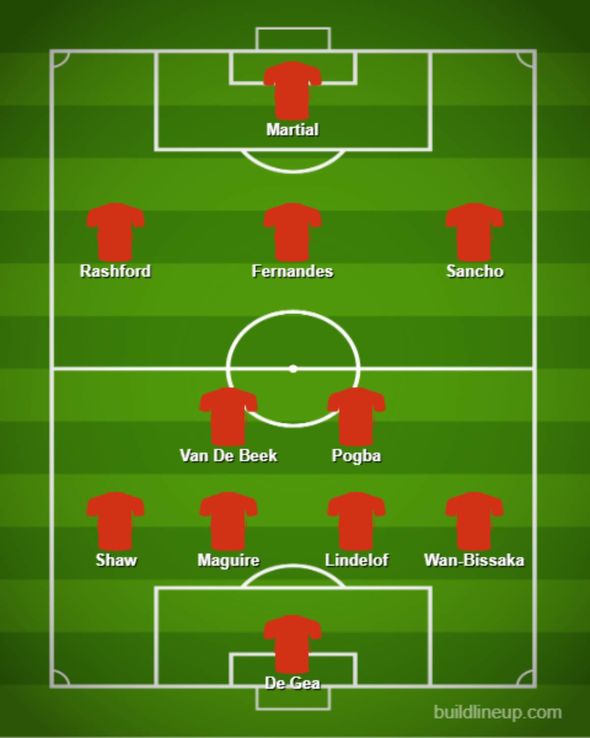 David de Gea is expected to keep his starting spot in Solskjaer’s XI next season despite Dean Henderson’s new six-year contract, while the back four will be largely unchanged.

But in the middle of midfield, things could all change with the addition of Van De Beek.

The youngster’s arrival will likely allow Bruno Fernandes to play further up the field and play in a free role behind Anthony Martial, who appears set to be United’s main centre-forward next year.

If United end up forking out the £108m for Sancho, he will slot immediately into the right wing position with Marcus Rashford on the left.