Timo Werner is still open to a move to Manchester United or Chelsea, but only if Liverpool tell him they have given up in the race to sign him. The German international has made it clear since earlier in the year that Liverpool is his preferred destination amongst a host of offers.

The RB Leipzig man’s £52million release clause is due to expire on June 15 but the Reds will not be paying that figure.

They are said to have told the Bundesliga club that they require more time to determine whether a deal is possible this summer.

Jurgen Klopp has held personal talks with Werner, in which he has laid out Liverpool’s intentions to sign him.

However, given the current financial climate, there are no guarantees that will happen. 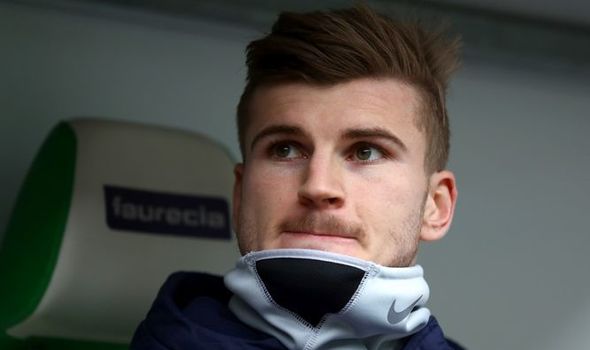 The communication between player and club has been crystal clear though.

According to Italian journalist Fabrizio Romano, Werner will only seriously consider joining another club if Liverpool confirm to him they cannot do the deal.

Even then, Werner is prepared to wait an additional year to try and get his move to Anfield.

Both Chelsea and Manchester United are in the market for a striker this summer.

The pair have been in contact with Werner’s representatives and have asked to be kept in the loop on his future.

Chelsea had explored a January deal, before Werner committed his future to Leipzig until the summer.

The Premier League rivals then took a backseat following several comments from Werner, in which he declared his interest in a move to Liverpool.

But Klopp’s hesitance has offered them new hope that a deal could be possible. 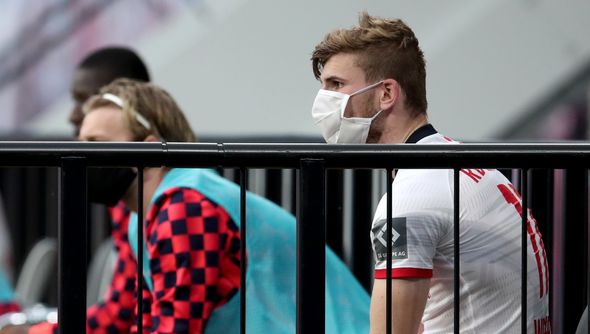 Speaking back in 2018, Werner actually admitted that he’d prefer to join Manchester United over Liverpool.

He said: “Yes, playing in the Premier League is a dream for me.

”I would like to play for two or three clubs, and Manchester United are one of those clubs.

“But probably not in the next few years – later, when my English is a little bit better! I’m very comfortable at RB Leipzig, though.

“Manchester United and Liverpool were the teams I watched quite a lot in England.

“They were the two that I’m a little bit a fan of, because they have so much history. When Alex Ferguson was the coach, United won everything and were outstanding.

“In Liverpool it’s also their stadium and the atmosphere. But when I have to decide, I’m more Manchester United than Liverpool.”

Henderson looking to break down ‘brick wall’ and replace De Gea as Man Utd No.1