Tottenham aren’t short of options in midfield, but the door has been opened for a possible reunion with Jose Mourinho. Spurs chairman Daniel Levy delivered for Mourinho in the summer transfer window with cover brought in for every position.

Pierre-Emile Hojbjerg has been a regular in midfield for Mourinho since joining from Southampton.

But the Spurs boss may have the opportunity to link back up with Sami Khedira next year with the 33-year-old’s contract at Juventus expiring in 2021.

Mourinho signed Khedira for Real Madrid in 2010 and the German midfielder played a huge role in helping them win La Liga in 2012.

Now Khedira is looking for his next move and he admits linking back up with Mourinho would be an attractive option.

JUST IN: Arsenal backed to complete Eriksen signing as Tottenham claim made 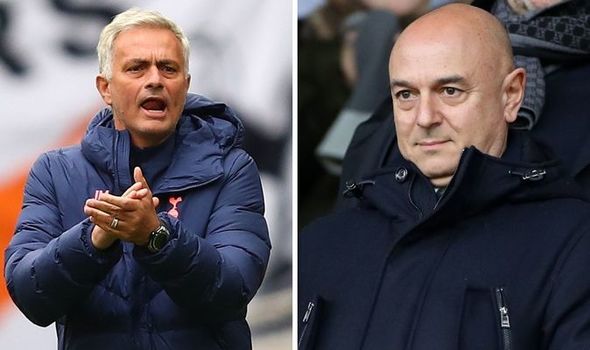 “He is always honest, direct, clear in his mind and a great coach,” he told Sky Sports Germany.

“Many people talk about him [being] too defensive but he is a winner, he is a champion. That is why he impressed me the most.

“I really enjoyed working with Jose Mourinho but there are many coaches who I would like to work with.

“I would never say no again to Jose Mourinho but it is not the only guy who I would say I would like to work with again.

“There are many coaches, even in the Premier League that I respect a lot.

“Ancelotti is doing a great job at the moment and is a great personality. He is one of the coaches who impressed me also.”

And Khedira talks up a move to England further by admitting it’s been a life-long dream of his to play in the Premier League.

“When I was a child it was always a big dream of mine to be a Premier League player,” Khedira added. 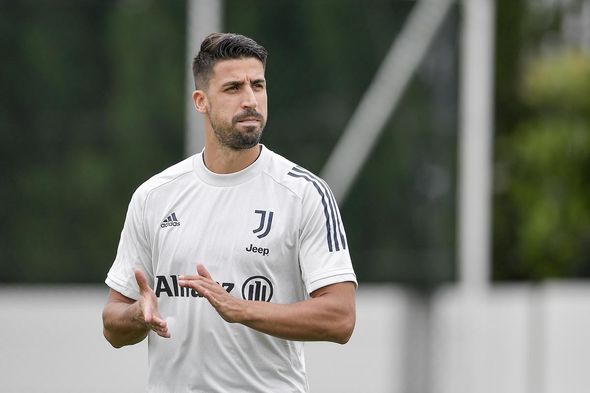 “I am really happy and satisfied with my career until now but one thing is still missing because I always had this dream and it has never come true… to be a part of the Premier League.

“I always enjoyed playing in the Champions League against the English clubs. The atmosphere, the style and idea of football has always impressed me.

“If it is possible it will for sure be a really big dream [come true] and honour to be a part of the Premier League.”