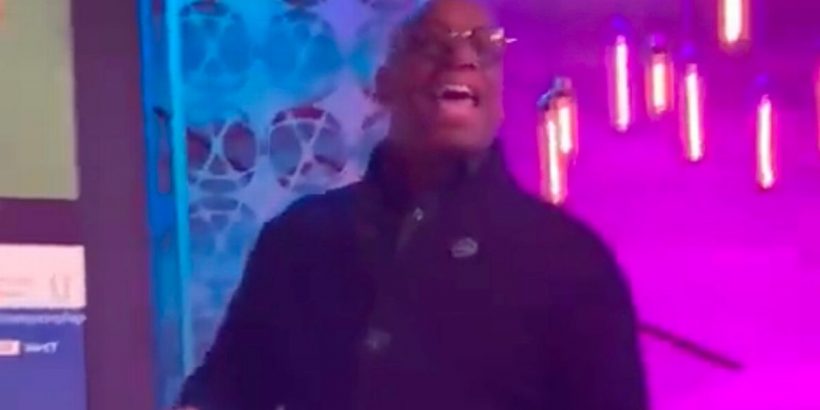 Ian Wright was buzzing with pride in a heartwarming video after his grandson D'Margio scored his first professional goal.

The Arsenal legend has already seen his sons Shaun and Bradley Wright-Phillips follow in his footsteps and have successful football careers.

And now Wright is witnessing his family's next generation of talent break through.

D'Margio, whose dad is former Chelsea and Manchester City winger Shaun, recently made his debut for Stoke City in the FA Cup.

He impressed so much that he was given a place in the starting XI in the Championship last weekend.

And now he's opened his account in his third senior appearance.

Wright was on punditry duties during Stoke's match against Fulham, but that didn't stop him revelling in the special moment.

He leapt out of his chair to snap a picture of his grandson's name on the Soccer Saturday vidiprinter.

Michael Owen can be heard in the background urging Wright to take it quickly before it disappeared off the screen.

Can you name a more talented footballing family? Let us know in the comments section.

He let out a long cry of "yes" before going to sit back down, at which point he is informed that Fulham had instantly cancelled out D'Margio's first-minute opener.

Wright simply responded "I don't care" before letting out a chuckle.

The game was packed with relatives of former stars, with Tyrese Campbell, son of Wright's former Gunners team-mate Kevin, coming off the bench.

And the more well-known Tom Ince, whose father Paul played alongside Wright for England, was also introduced as a substitute.

D'Margio's goal came nine years and 20 days after his father scored his last goal in English football, a strike for Queens Park Rangers.

The 20-year-old began his career in City's academy and had a loan spell with Blackburn Rovers in 2020 before joining Stoke permanently last year.