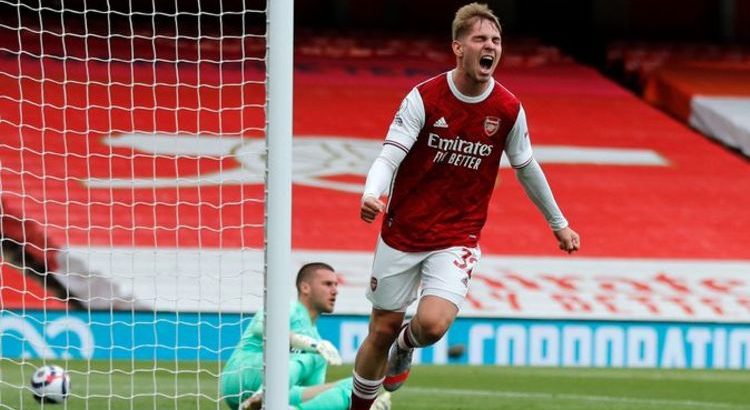 Smith Rowe was on target for Mikel Arteta’s side on Sunday evening as the Gunners earned a 3-1 win over West Bromwich Albion at the Emirates.

This resulted in the 20-year-old opening his goalscoring account in the Premier League, in what was his 17th appearance in the top-flight this term.

Now off the mark for Arteta’ side, Wright is hopeful that the Arsenal youngster can start finding the back of the net on a more regular basis.

“It’s the one thing he wants to do. He wants to add more goals. He has been playing really well. The only thing left for him to do for his game – because he has got everything, one touch, two touch, round the corner, pace – is to add more goals to his game.” 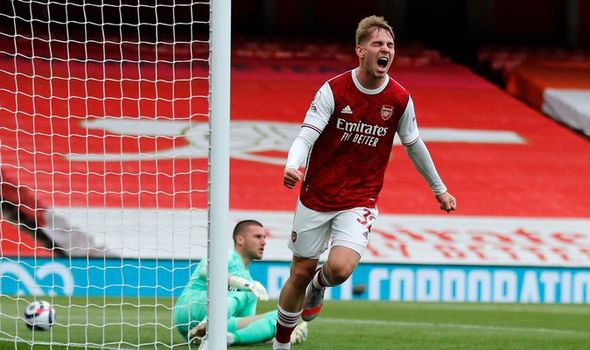 Smith Rowe has featured heavily for the Gunners this season, becoming an influential player in Arteta’s side.

He has featured in 30 matches in all competitions, producing goals in the Europa League and FA Cup against Rapid Vienna and Newcastle United respectively.

The progress being made by the London-born midfielder has not gone unnoticed this season and has resulted in other former Arsenal stars celebrating his talent.

Mesut Ozil, known for his creative ability while at the club, paid tribute to Smith Rowe on Twitter in January following impressive displays in the side.

“He made the difference in the last couple of games as a No 10 – really happy for him… and that he showed that playing with a No 10 still can make sense in today’s football,” said the German.

Arteta is also pleased with how Smith Rowe is adapting to first-team football, but shared a similar view to Wright when discussing the next step he must take as a player.

“He’s having an incredible season since he started to play in December,” expressed the Gunners’ boss.

“But he scored his first Premier League goal. And an incredible season for the No. 10 of Arsenal needs to score 15 goals with 10 assists and then you are right up there with the top guns in Europe and in this league.

“He’s got the ability to do it but he hasn’t done it. We need to stay calm with him, give him the right support and step by step I think he will be doing more.”