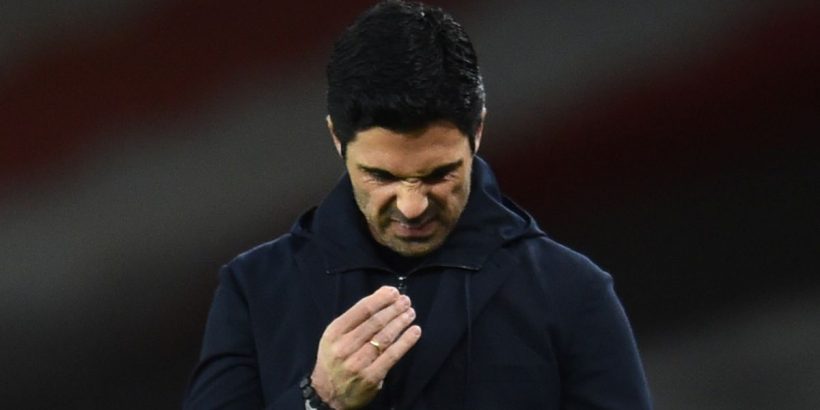 Mikel Arteta opted for a new-look and expensive Arsenal attack against Liverpool on Saturday night – but it failed to pay off in a disappointing 3-0 defeat at the Emirates.

The Gunners slumped to their 12th loss of the season at home to Jurgen Klopp’s champions, who were fully deserving of the victory in north London.

Diogo Jota came off the bench and opened the scoring for the Reds with 25 minutes remaining, before Mohamed Salah added a second four minutes later.

Jota then completed the rout by smashing home his second and Liverpool's third from close range in the 82nd minute.

Arteta’s men were outplayed on their own turf, only recording a measly two shots on target in the entire game.

Incredibly, Saturday’s clash with Liverpool was the first time Nicolas Pepe, Pierre-Emerick Aubameyang and Alexandre Lacazette – the three most expensive players in Arsenal’s history – have started in attack together this season.

And given their failure to break down a resilient Reds backline, Arteta may well have paid the price for not playing the trio together more often and letting them build up a partnership.

Pepe (£72million), Aubameyang (£57million) and Lacazette (£47million) cost the club a combined £176million, meaning it is a surprise they had not previously started alongside one another in 2020/21.

Nevertheless, the emergence of youngsters Bukayo Saka, Gabriel Martinelli and Emile Smith-Rowe, along with the loan signing of Martin Odegaard, has given Arteta a greater luxury of options in attack.

Pepe has only produced a return of eight goals and four assists in 35 appearances this term, which averages out as one goal contribution every three games.

Aubameyang has scored 14 goals in 31 matches, while also registering one assist, and Lacazette has registered 13 goals and three assists in 34 appearances.

Saturday’s defeat against Liverpool has kept Arsenal down in ninth place, but they will drop down to ninth if Aston Villa claim three points against Fulham on Sunday afternoon.

Next up for the Gunners is the visit of Slavia Prague in the Europa League quarter-finals on Thursday night.