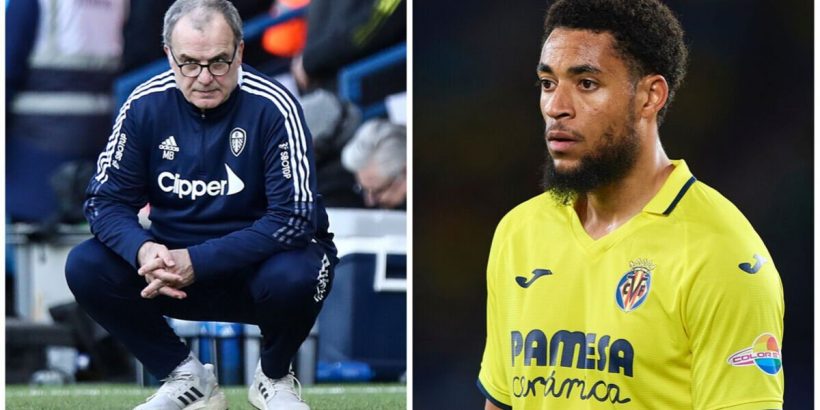 Did he know? Lampard asked for patience in last Everton press conference

Everton suffered a horror Tuesday as Tottenham-bound Arnaut Danjuma U-turned on a transfer and top manager target Marcelo Bielsa reportedly harboured doubts over replacing Frank Lampard. To complete a hat-trick of unfortunate events, winger Anthony Gordon is believed to be on his way to Premier League rivals Newcastle.

The Toffees seemed all but set to complete the signing of former Bournemouth winger Danjuma from Villarreal. It is understood that the 25-year-old had even completed his medical and been introduced to some of his new team-mates.

A tweet from Danjuma’s account, posted after news of his potential move to Everton was made public, accompanied a salute emoji and read: “Born ready.”

But the paperwork over a deal had not yet been completely finalised and the Dutchman was free to join another team, should he wish. Spurs agreed a similar deal with Villarreal – a loan with an obligation to buy – and Danjuma headed to north London.

JUST IN: Frank Lampard may have to swallow his pride after Everton sacking

And while Everton struggle to acquire the players needed to strengthen their squad, it has been reported that they are also scrambling to appoint Lampard’s successor. According to the Daily Mail, top target Bielsa harbours doubts over taking the job.

The former Leeds boss apparently wants faster players at his disposal to fully enact his frenetic ‘Bielsa-Ball’ style. There remains uncertainty over whether the eccentric 67-year-old would be able to immediately get the team playing his way.

If guarantees over the club’s transfer plans for the remaining six days of the window are not granted, Bielsa is likely to walk away from talks. In a move that would further anger already-enraged supporters, Sam Allardyce is still admired by key staff following his spell in 2017-18 and could be turned to.

Former Burnley manager Sean Dyche and recently-appointed West Brom tactician Carlos Coberan are also admired. But whoever the new boss may be, they could be without young talent Gordon, with the academy graduate understood to be close to joining Newcastle in a £40million transfer.

Gordon – who remained at Goodison Park amid interest from Chelsea in the summer – was the subject of a £35m bid from Tyneside last week. An offer of £25m-plus-£15m could prise the England U21 star from Merseyside.

There had also been some uncertainty over the club’s future after reports emerged on a manic day for Everton that they had been up for sale for £500million. However, majority shareholder Farhad Moshiri insisted that was not the case and revealed he had been talking with ‘top investors to bridge the gap on the stadium’ in a statement.

Nineteenth in the Premier League, without a manager and struggling to sign January targets, there is little to be positive about at Everton. With Farhad Moshiri set to appoint his eighth permanent boss, fans are praying that the new man can finally get the good times rolling.