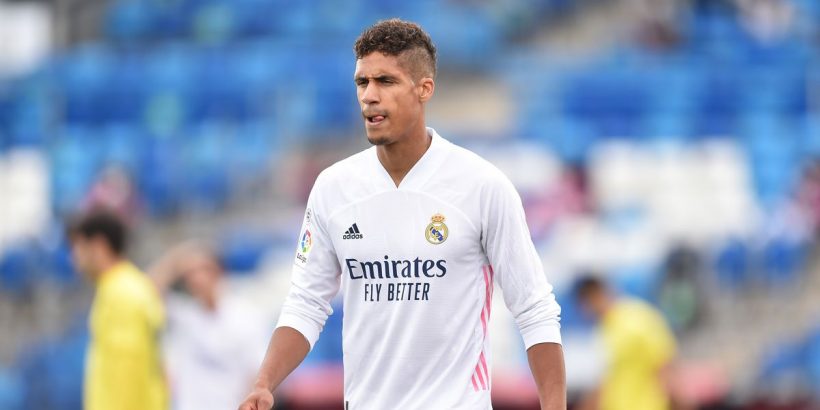 There is a distinct air of familiarity to Manchester United’s transfer activity this summer as the club kicks into gear to try and furnish Ole Gunnar Solskjaer with a squad capable of challenging rivals Manchester City next season.

While back-up Tom Heaton currently remains the only confirmed arrival of the summer, there is a sense that things are coming together behind the scenes.

Jadon Sancho will soon be a United player: a £73million transfer fee has been agreed with Borussia Dortmund and Sancho has completed his medical and shaken hands on a five-year contract.

The England international is a long-term target of United, but his name has not been on the club’s shortlist for as long as two other targets.

Raphael Varane is expected to be confirmed as United’s second major summer arrival, with negotiations progressing positively with the Real Madrid defender.

Sir Alex Ferguson personally led the club’s pursuit of Varane when he was still at Lens in 2011, but Real Madrid’s then director of football, Zinedine Zidane, was instrumental in persuading him to join the Spanish side instead.

It looks like it will be a case of third time lucky in 2021.

Saul Niguez is another player with a history amongst the United hierarchy and recruitment staff.

The Atletico Madrid midfielder has been linked with a move to Old Trafford this summer – but it is not the first time his name has been on the club’s radar.

Cast your mind back to December 2013 when United were in a completely different position to where they are now. David Moyes was manager and things were not rosy following Ferguson’s retirement.

Humiliating home defeats by Everton and Newcastle had brought the mood crashing down just before Christmas, prompting Moyes to call a meeting.

Would the signings of Raphael Varane and Saul Niguez represent good business for United this summer? Have your say in the comment section below.

According to the Manchester Evening News , the former Everton boss was furious with the club’s recruitment department for their lack of activity.

They had missed out on Varane and Marouane Fellaini – a firm Moyes favourite from his time at Everton – was United’s only summer arrival before the 2013/14 season.

Moyes wanted to know what the plan was for January. That was when United’s Spanish scout mentioned the name Saul Niguez, then a young midfielder on loan from Atletico Madrid at Real Vallecano.

Phil Neville, one of Moyes’ coaches, went to watch Saul play against Getafe a month later but nothing came of the tentative interest.

United instead signed Juan Mata for £37.1m from Chelsea in January, but the Spaniard’s arrival did not turn things around for Moyes, who was sacked in April with the club seventh in the Premier League.

Saul, meanwhile, went on to sign a nine-year contract with Atleti in 2017 with a £130m release clause.

However, just four years into that bumper deal, Atletico are considering selling for a quarter of that figure.

If Varane and Saul do turn up at Old Trafford before August 31, then United’s recruitment plans will have come full circle.