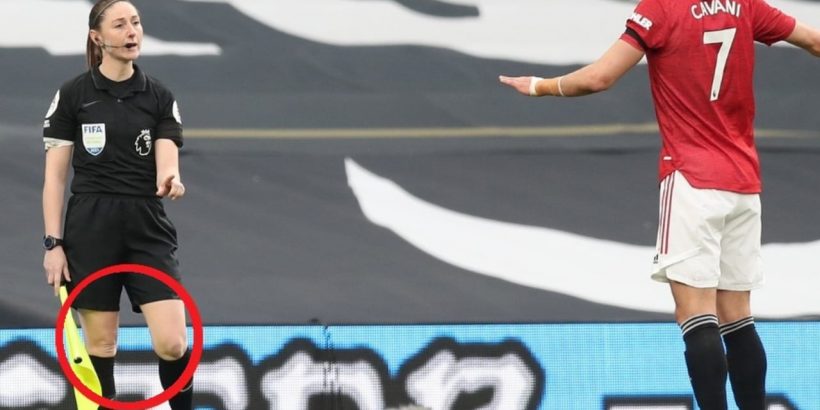 The Iranian state TV network has “made a mockery” of a Premier League match between Manchester United and Tottenham Hotspur by repeatedly cutting away from vision of assistant referee Sian Massey-Ellis.

According to an Iranian civil rights group, the Islamic Republic of Iran Broadcasting (IRIB) cut away from Massey-Ellis more than 100 times during the broadcast because she was wearing shorts, therefore exposing part of her legs.

While the match took place in England, women are required by Iranian law to cover their legs and hair in public.

“Islamic Republic leaders do not allow a woman with her hair uncovered and her bare knees to be shown on the state-owned TV,” wrote a spokesperson for activist group My Stealthy Freedom in a statement.

“The television censors were rattled by the presence of a female referee in shorts. Their solution was to cut away from the live action to views of London’s backstreets. Which made a mockery of the game.”

An Iranian TV network was upset by images like this one.Source:Getty Images

It isn’t the first time the network has taken drastic measures to avoid broadcasting footage of female match officials.

In 2019, the channel reportedly cancelled its programming of a match between Augsburg and Bayern Munich when it learned a female referee would be officiating.

Massey-Ellis has been a Premier League assistant referee since 2010. The 35-year-old made history in 2019 as the first Englishwoman to officiate a men’s European fixture.

She has also served as an assistant referee at the FIFA Women’s World Cup, most recently in 2019.

They’ll come up against Granada CF this Friday (AEST) and look to make it seven on the trot.