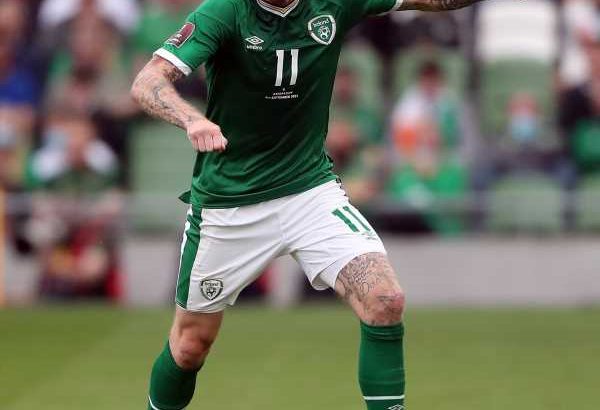 James McClean is desperate for the Republic of Ireland’s young guns to play tournament football as he bids to experience it again.

The 32-year-old Wigan winger travelled to both Euro 2012 and Euro 2016 with Ireland but his hopes of making it to next year’s World Cup in Qatar look to have been dashed by a return of just one point from their opening four Group A qualifiers.

Stephen Kenny’s youthful side face Serbia in Dublin on Tuesday night with the manager under pressure as a result of that sequence of results, but McClean has called for patience and understanding.

He said: “If we don’t qualify, of course that’s disappointing. I want these young players, even myself, to experience those major tournaments because there is nothing better.

“I can understand the criticism. I am not deluded. You are not winning games, so you are going to be criticised.

“I’m just asking to take in a lot of factors, what we’ve had, not just in football but in the world in the last 18 months. These are young players, it is not going to do their confidence the world of good.

“Especially now, it’s such a PC world, where you can’t say anything. Everyone gets offended by everything, so it’s more difficult now coming through, being a young person in this world, never mind football.

“These young players, they need the complete opposite, they need more support than ever. That’s what I’m asking for.”

The statistics do not make for good reading – Ireland have won only one of their 15 games to date under Kenny and none of their 11 competitive fixtures, and March’s defeat by Luxembourg in Dublin represented a new low.

However, they were unfortunate to lose in Serbia in their opening group game and even more so in Portugal last Wednesday evening, and McClean is convinced progress has been made.

“I know it’s difficult to say stick with us, stick with us – we haven’t won in so long. It’s easy to say we’re not getting the rub of the green, but we need to make that luck ourselves.

“We are so close to getting that win and hopefully then that will kick-start a few more.”