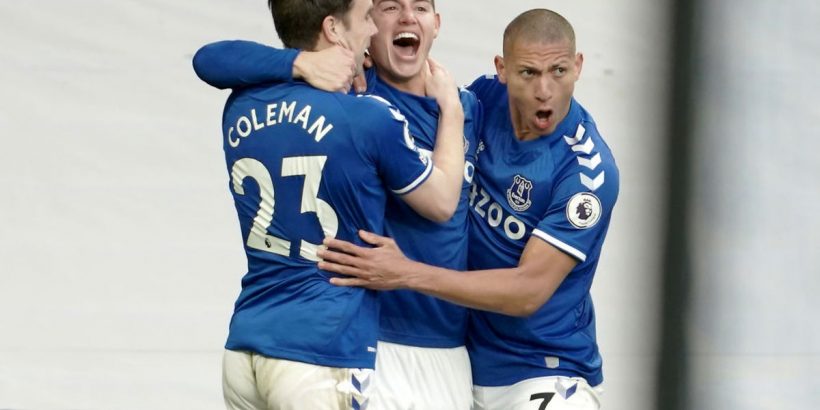 Everton will be hoping to continue their push for European football next season by taking a big three points at home against Aston Villa.

The Toffees kept themselves in the running for a Europa League spot – or potentially the Europa Conference League – with a win over Arsenal in their last match, though they remain in eighth and need to at least overhaul Tottenham.

They do have a game in hand over the sides above them, but first they must take care of matters against an out-of-form Villa side who have struggled recently without Jack Grealish. Carlo Ancelotti’s side have benefitted from a few returning faces of late, meanwhile.

Villa have taken just one win in the last eight league games to drop into the bottom half of the table, though like Everton they have a game in hand on the sides immediately above them – they could yet leapfrog Arsenal or Leeds to secure a top-10 spot, if they can rediscover a winning touch.

The match kicks off at 8pm BST on Saturday 1 May at Goodison Park.

The game will be shown live on BT Sport 1 and BT Sport Ultimate. Subscribers can stream the match via the BT Sport app and desktop website.

Everton are without midfield pair Abdoulaye Doucoure and Jean-Philippe Gbamin, but Dominic Calvert-Lewin and Yerry Mina returned against Arsenal. Michael Keane is also a doubt for the match.

For Villa, Jack Grealish continues to be absent and fellow attacker Trezeguet is also out, but Matty Cash is back from suspension and should return at right-back. Keinan Davis could start after his injury-time equaliser against West Brom, but Morgan Sanson is sidelined.

Both teams to huff and puff but ultimately cancel each other out, with both perhaps falling just short of their biggest objectives for the season – European football and a top-half finish respectively. Everton 1-1 Aston Villa.