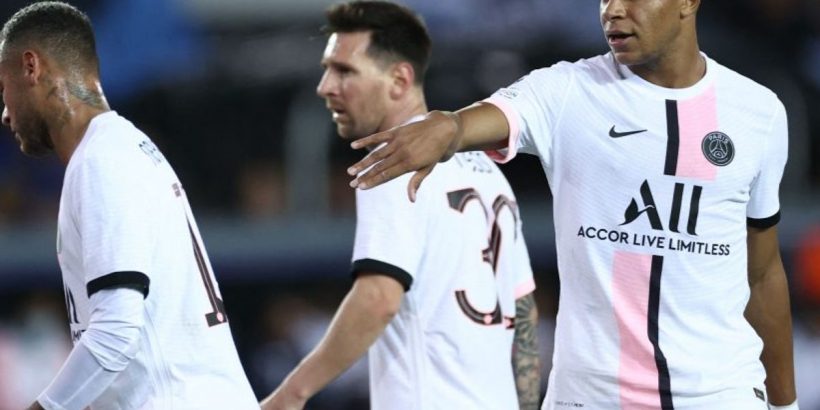 Manchester City came within a hair’s width of winning the Champions League last season, only to be beaten in the final by Chelsea.

During that run, they produced a couple of statement performances against PSG to reach the final. Pep Guardiola will now be looking for a similar display this evening as they face the Ligue 1 giants much earlier on in the competition.

Despite all the attacking talent PSG have to offer, City are the favourites heading into this one and will be hoping they can heap more European concern on Mauricio Pochettino after his side drew 1-1 with Club Brugge last time out.

There is the looming presence of RB Leipzig in this Champions League group, a very live third team. So tonight is more important than simply deciding first and second.

The match will get underway at 8pm on Tuesday 28 September at Le Parc des Princes.

The match will be broadcast live on BT Sport 2 from 7pm in the UK.

It is still up in the air whether or not Messi will be fit for the game tonight, with the most likely scenario being that he starts on the bench. Angel di Maria is suspended and Sergio Ramos and Marco Verratti are both set to remain sidelined. But Pochettino will welcome back the trio of Colin Dagba, Juan Bernat and Layvin Kurzawa.

John Stones returned to City’s squad for the win over Chelsea at the weekend and he will be in contention once more. But Guardiola could also go with Nathan Ake or Aymeric Laporte as the partner for Ruben Dias for this one. Ferran Torres is likely to start after being rested at Stamford Bridge, while Fernandinho hopes to come in for Rodri.