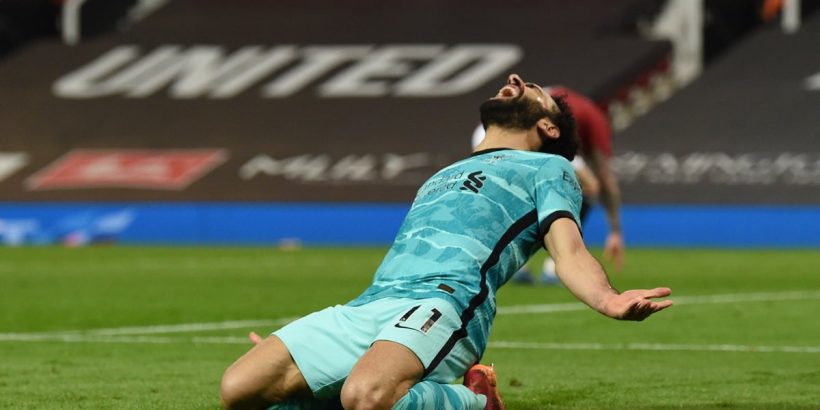 West Brom face Liverpool in the Premier League on Sunday.

Roberto Firmino netted twice while Diogo Jota and Mohamed Salah each scored to take the Reds just four points behind Chelsea with a game in hand on their rivals.

Meanwhile, relegated West Brom are winless in their last four matches and lost to Arsenal 3-1 last time out.

The fixture will kick-off at 4:30pm GMT at the Hawthorns.

The match is live on Sky Sports Premier League and Main Event with coverage starting from 4pm GMT.

West Brom will have Ainsley Maitland-Niles back after the England international was ineligible to face his parent club Arsenal a week ago.

Curtis Jones and Sadio Mane could both start after coming off the bench at Old Trafford. Ozan Kabak, Naby Keita and James Milner are all expected to miss out.

This should be straightforward for the Reds, who have come into form at the right time, while West Brom’s season is over. 3-0 Liverpool.