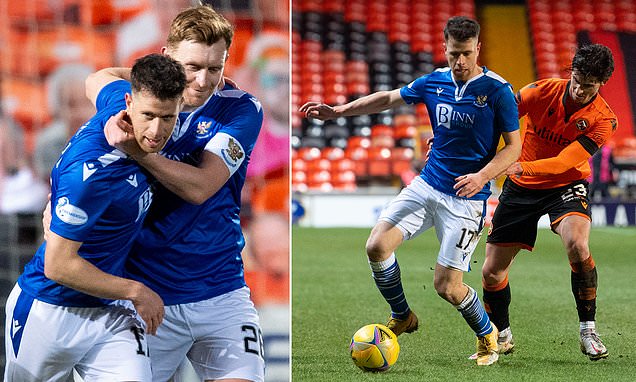 Guy Melamed left his family behind in Israel to seek a new challenge at St Johnstone in the midst of a pandemic… now, excelling in Scotland the soon-to-be out-of-contract goalscorer will spark a bidding war south of the border this summer

Israeli footballer Guy Melamed has faced many challenges in his first year in Scotland, but he has somehow overcome those obstacles to become a shining light in the Scottish Premiership.

Melamed left Israel last October to join St Johnstone, but it has not been your conventional transfer.

The 28-year-old was forced to complete 14-days in isolation following his arrival from Israel due to Covid-19 protocols in the UK. 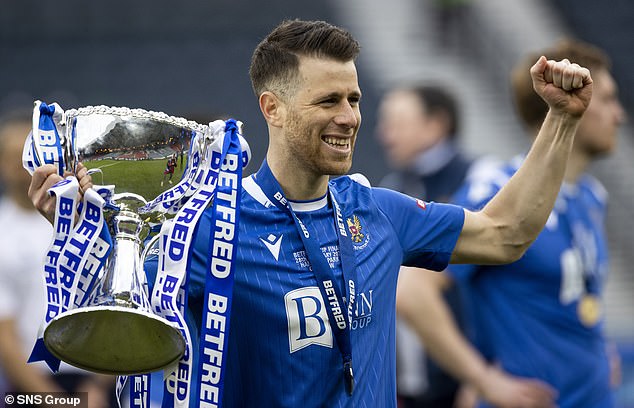 As the only foreigner in the St Johnstone squad, and social restrictions imposed upon everyone in Scotland, Melamed has been forced to adapt to his new surroundings quickly.

Adapting to a new language and country is testing at the best of times, but throw in a pandemic – which means you’re unable to see loved ones – Melamed’s adaptation to life in Scotland has been one riddled with difficulties.

‘It has been tough moving away from home and living in a new country, but there has been the added complications of the procedures surrounding lockdown rules,’ Melamed told Sportsmail.

‘I miss my family and due to restrictions on international travel I have not been able to go back to Israel or for my family to come to Scotland and that can be hard to deal with. 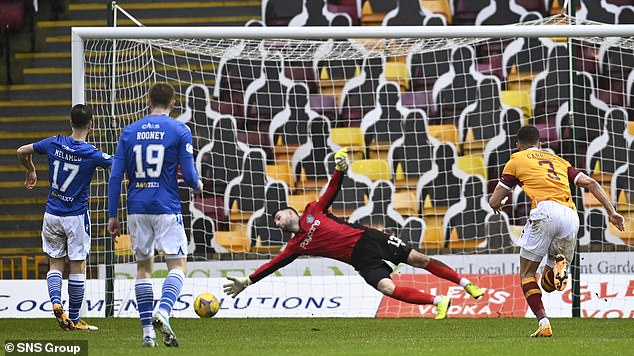 ‘The bubbles we are in means after training I spent most of my time on my own apart in my flat and it has been tough at times, but my agent [Clive Hart] has helped me a lot and I regularly speak to him.

‘I am thankful to everyone at the club for welcoming me to St Johnstone and helping me adapt to life in Scotland.

‘I could have stayed in Israel as I was on a good contract there and would probably have played there until the end of my career, but once I heard about the possibility of moving to St Johnstone I was excited at the challenge and I am happy I did it despite being away from my family and friends for so long.’

Melamed was a relative unknown when he arrived in Perth, but he is quickly making a name for himself after having a transformative impact on St Johnstone with six goals and three assists in 16 games. 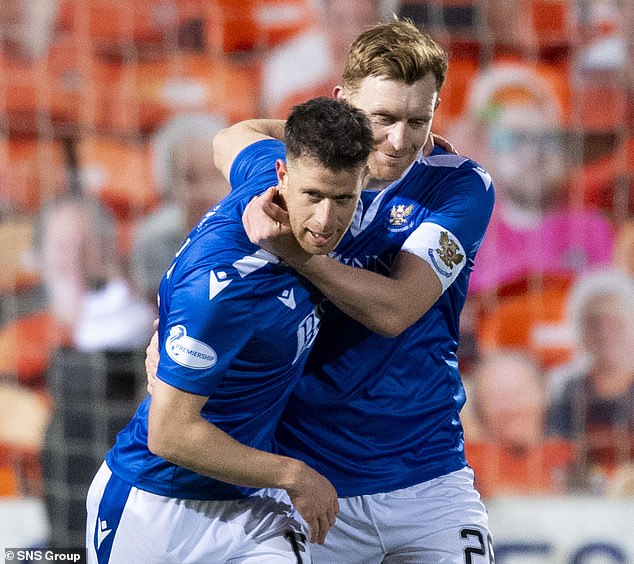 Melamed was a relative unknown when he arrived, but he is quickly making a name for himself

The skilful forward has yet to lose a Premiership game he has started for St Johnstone and is playing a key role in helping the Saints secure a top-six finish.

He said: ’St Johnstone probably didn’t know much about me before I signed, but off the recommendation of my agent and after watching some videos of me in action the club decided to take a chance on me and I hope I have repaid the faith they showed in me.

‘I feel I am improving all the time and I have been able to combine my technical ability with the physical nature of Scottish football.’

The 28-year-old’s form in Scotland, including scoring a goal of the season contender against Hamilton earlier this month, has unsurprisingly brought him to the attention of clubs south of the border in England meaning St Johnstone could face a battle to keep hold of Melamed when the transfer window reopens in the summer. 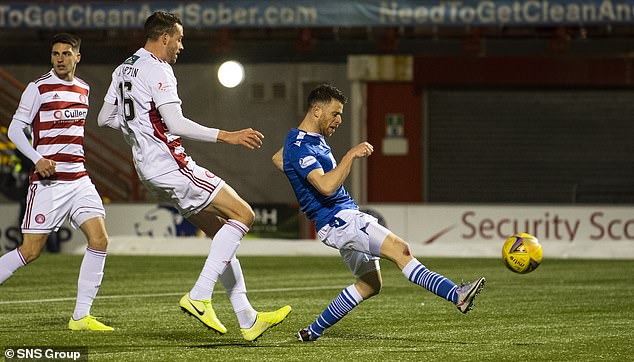 The forward’s stock has risen, especially after goal of the season contender against Hamilton

‘My contract is up in the summer and I will leave it to my agent to deal with my future and speak to St Johnstone or any other clubs,’ added Melamed.

‘I am really enjoying playing for St Johnstone and I am only focused on doing well for them between now and the end of the season and after that I will sit down and discuss my options with my agent.’