‘Arsenal has always held a special place in my life and that will remain the case in the future’: Sir Chips Keswick, 80, retires as Gunners chairman after spending 15 years on the board

Sir Chips Keswick has retired as Arsenal chairman after spending 15 years on the board at the north London club.

Keswick, who turned 80 in February, is a lifelong Arsenal fan and joined the club’s board as a director back in 2005, later becoming chairman in 2013.

In a statement, he revealed he had always planned to retire at the end of the season, but the global coronavirus pandemic has brought forward his decision. 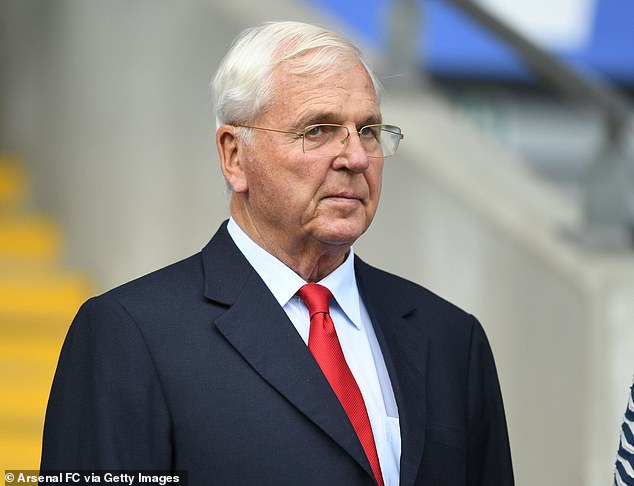 Sir Chips Keswick, 80, has retired from his position as chairman and board member at Arsenal

In a joint statement, Arsenal owners Stan and Josh Kroenke said: ‘We would like to express our immense gratitude for everything Sir Chips has done for Arsenal Football Club as a board member and chairman of the board over the past 15 years.

‘His extensive business knowledge and experience coupled with his deep love of Arsenal have made him the perfect chairman. It has been a privilege to work with him and he will always be a very welcome visitor when we return to playing matches at Emirates Stadium.’

Keswick was a successful banker during a long career, and was formerly chairman of Hambros Bank and director of the Bank of England.

Speaking to Arsenal’s website about his decision to step down seven years after replacing Peter Hill-Wood at the helm, he said: ‘It has been an honour to be the chairman of this great football club. Arsenal has always held a special place in my life and that will remain the case in the future. 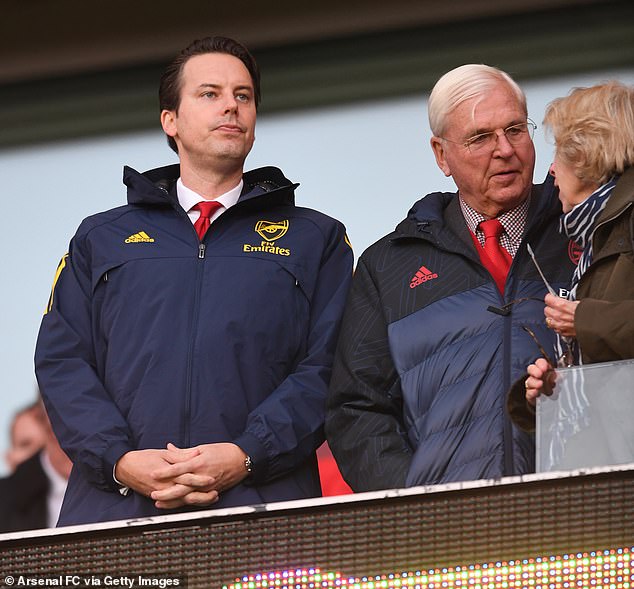 ‘I made my plan to retire at the end of this season clear to the board, before the global health crisis we are now experiencing. The club is in safe hands with Stan and Josh, the board and the executive team. I know Arsenal will emerge strongly from this situation and I look forward, like all our supporters around the world, to seeing the team in action as soon as possible.’

Moving forward, Arsenal’s board will be composed of Stan Kroenke, Josh Kroenke, Lord Harris and Ken Friar. There is as yet no news on who will replace Keswick as chairman.

The Kroenkes added: ‘Our primary concern at this difficult time is the health and well-being of our staff and players.

‘It’s also our intention to ensure Arsenal Football Club emerges from this crisis in a strong position. That’s what we’re all working on every day.’