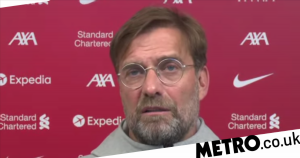 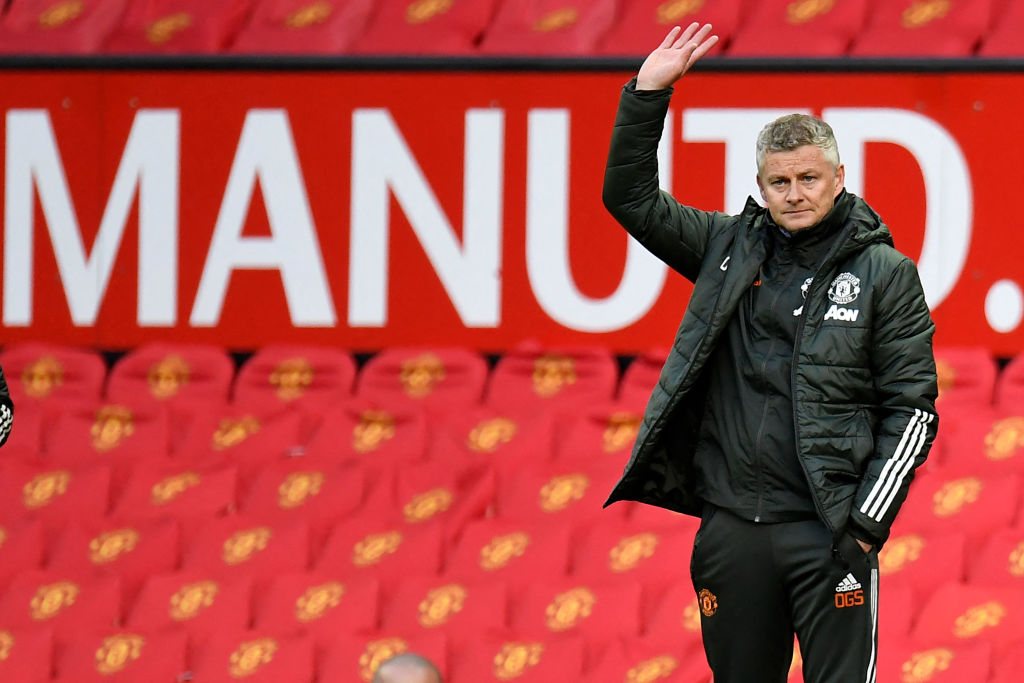 Liverpool boss Jurgen Klopp says the Premier League’s scheduling of Manchester United’s game with Leicester City was a ‘crime’ and the German insists Ole Gunnar Solskjaer had no option but to make wholesale changes to his team.

The Red Devils were beaten 2-1 by the Foxes at Old Trafford after United made ten changes from the side that beat Aston Villa just 48 hours earlier.

United have been forced into playing three games in five days after their fixture with Liverpool was postponed last month because of supporters’ protests outside Old Trafford.

Liverpool had hoped that their game against West Brom would be brought forward, meaning the arch rivals could play this weekend and United could be given a proper rest between the game against Villa and the fixture against Leicester.

United’s defeat means Liverpool are unlikely to finish in the top four, as they were reliant on the Red Devils beating the Foxes.

But Klopp believes Solskjaer had no option but to make ten changes to his team and says his only gripe is with the Premier League’s scheduling of the match.

‘It was the line up I expected,’ said Klopp.

‘It was not exactly the line-up I expected but I knew he had to make these changes. They played Sunday-Tuesday-Thursday.

‘I said 500 times that with all the things that happened and the protests in Manchester that caused the situation, to play Sunday-Tuesday-Thursday is a crime. It is.

‘It’s not the fault of Ole Gunnar Solskjaer and the players. My question was to myself: Would I have done the same? Yes! You have to! We are late in the season. United went to the Europa League final which means an awful lot of games and now you get Sunday-Tuesday-Thursday? That’s not possible.

‘But the weekend after is a weekend off for United. So they play now Thursday and then they have a weekend off. I am not the guy that does the schedule or the fixture list but in my understanding when we thought of how it could work out on the day when the day got cancelled…there was no Tuesday-Thursday, we all would have played all the games.

‘You could have removed one West Brom game. But that didn’t happen. The explanation from the Premier League was that nobody should suffer because of the protests in Manchester. Let me say again: that didn’t work out very well! Okay nobody else but a little bit West Ham, a little bit Liverpool. If we don’t qualify for the Champions League it’s not the fault of Ole Gunnar Solskjaer’s team selection or the Premier League it’s out fault. But in this specific case I think they could have done differently, definitely.’

Solskjaer has come in for criticism for his team selection, particularly as the defeat handed the title to rivals Manchester City.

But the Norwegian insists he has to do what is best for the club.

‘My job’s for Man United and my concern is the Man United fans, what they think about my team, what they want from my team and that we come together as one and show what Man United is,’ said Solskjaer.