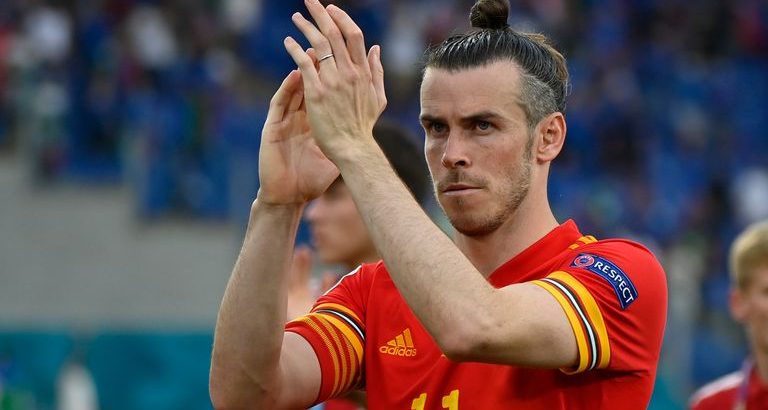 Match report as Wales overcome Ethan Ampadu sending off and Switzerland’s attempts to overturn their goal difference gap to take second spot in Group A, as Matteo Pessina gives Italy a 100 per cent start to the tournament. Ten-man Wales sealed second spot in Group A and a place in the last 16 of Euro 2020, despite losing 1-0 to a much-changed Italy in Rome.

Ethan Ampadu’s straight red card on 55 minutes had sparked fears Switzerland – who beat Turkey 3-1 – could come up with the goal difference swing they needed to send Wales into the uncertainty of a third-place qualifying spot.

But Rob Page’s side battled hard in the heat of the Italian capital to set up a knockout clash with the runners-up of Group B in Amsterdam at 5pm next Saturday. 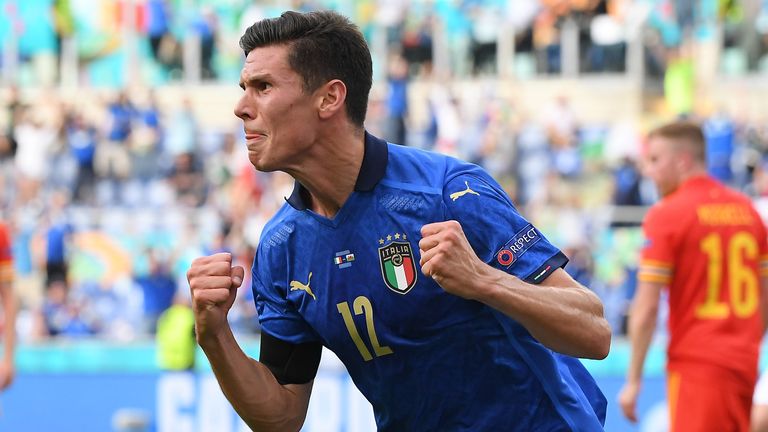 Matteo Pessina had given Italy a deserved lead (39) and Federico Bernardeschi hit the woodwork with a free-kick just after half-time as Roberto Mancini’s team showed their strength in depth, although Gareth Bale should have claimed a famous draw for his side when he wastefully volleyed over late on.

Wales supporters will hope their captain – who missed a penalty in their last match – is sharper come next weekend, while Italy – who are now unbeaten in 30 games – look forward to facing the runners-up of Group C at Wembley later that day.

How Wales held out to book their last-16 spot…

Italy had made eight changes for the match but looked sharp from the first whistle, with testing crosses sent in by Alessandro Bastoni and Pessina before Emerson fired at Danny Ward from the edge of the box, and Pessina diverted an effort down the goalkeeper’s throat a few minutes later.

Neco Williams, Ampadu, and Joe Allen combined down the left as Wales looked to spark into life and, after Andrea Belotti dragged a shot beyond the far post at the other end, the visitors registered their first effort on 27 minutes, with Chris Gunter’s header clipping the side netting from a corner.

Italy remained the more threatening side, though, with Federico Chiesa drilling a shot across goal and, after a tame Joe Rodon header on target from a free-kick, Italy made a set-piece of their own count. 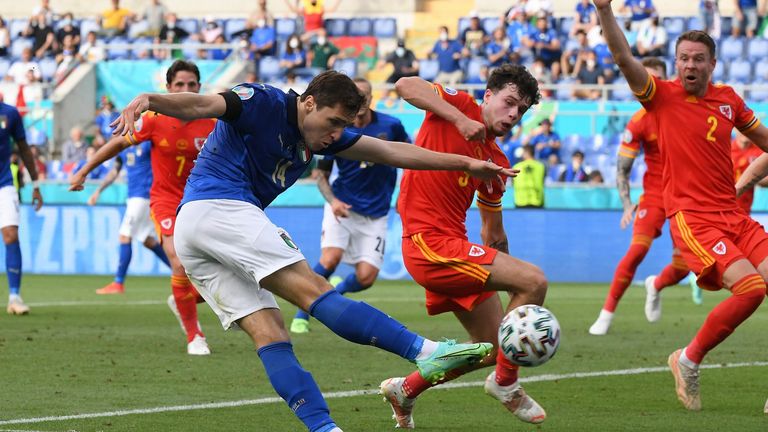 Marco Verratti had begun to pull the strings for the Azzurri and, after he was fouled by Allen wide on the right, his clipped free-kick was glanced into the far corner by Pessina.

Italy almost doubled their lead before the break, with Verratti and Pessina again looking to combine, although the midfielder was unable to make a clean connection this time.

Wales will have seen at half-time that Switzerland were two up against Turkey and were just a two-goal swing away from levelling the goal difference between the sides – and that gap almost closed in again when Bernardeschi curled a free-kick against the post eight minutes into the second half.

The visitors’ task then got a whole lot harder two minutes later, when Ampadu came down on Bernardeschi’s ankle with his studs in the middle of the pitch and was shown a straight red card. 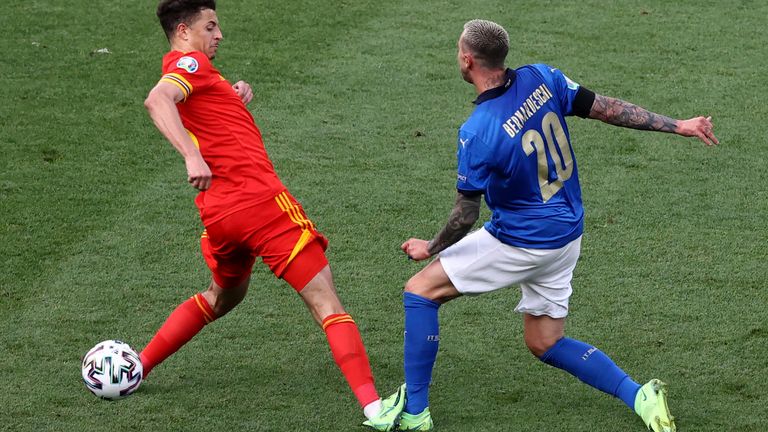 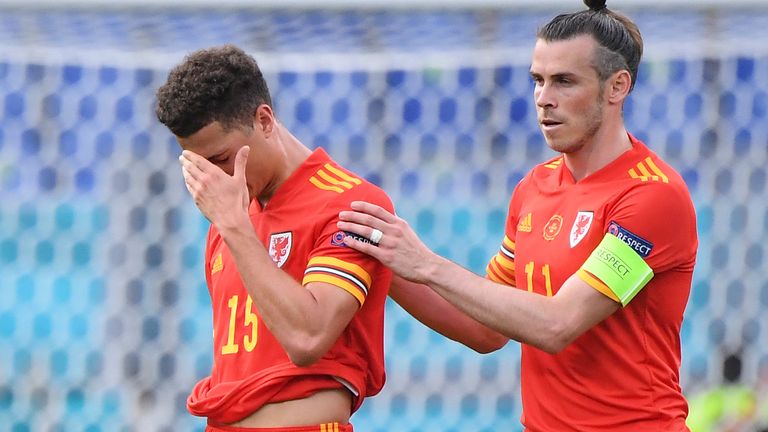 A goal for Turkey temporarily improved Wales’ position in the group but on the pitch they were becoming stretched, with Chiesa skipping past Williams and teeing up Belotti to fire at Ward before Rafael Toloi headed the resulting corner narrowly wide.

News of another strike for Switzerland was followed by a second bad miss in two games from Bale. He had sent a penalty way off target against Turkey and horribly miscued his left-foot volley unmarked eight yards out against Italy, to his disbelief and that of the Wales coaching staff.

That could have proved costly, with the Swiss hitting the woodwork late on and Ward saving well from Belotti in the final moments, but Wales held out and can now look forward to the challenge of repeating their knockout-stage heroics of Euro 2016.

Italy manager Roberto Mancini: “We are happy, but we know that after the group stage we start a new European Championship. It will be different.

“The guys are very clever; they want to win every game and have a good mentality. We changed eight players and we played a very good game. We played against a good team, but I think we deserved to win.”