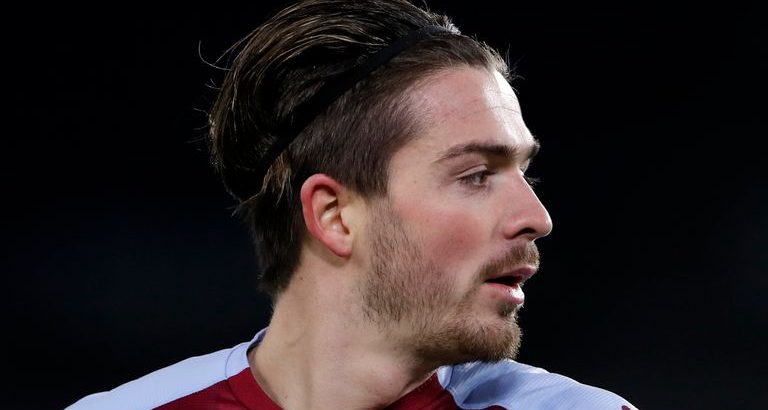 Jack Grealish’s return to fitness for Aston Villa’s clash with Fulham in the Premier League is a “big boost” for the club, according to head coach Dean Smith.

The skipper, 25, has been sidelined since February with a shin problem and Villa have only won one of their six games without him available.

He suffered the setback in the build-up to Villa’s 2-1 defeat to Leicester on February 21 but the playmaker, who has scored six goals and made 12 assists in 22 top-flight appearances so far this term, has been declared fit to play again.

When asked whether he is in contention to face Fulham, live on Sky Sports, Smith said “Yes he certainly is, he’s trained all week.

“He’s only had a few sessions though but he seems in good nick and seems fit enough so he’s certainly put himself up for selection which is a good thing for everybody.

“The performances over the last six weeks haven’t been what they have been previously.

“If anyone loses the player with the calibre of Jack, as has been seen by plenty of other clubs, then you are going to struggle a little bit but it is going to be a big boost to have Jack back and for the players as well.”

Our captain, @jackgrealish, returned to first-team training at Bodymoor Heath on Monday. 🙌 pic.twitter.com/bRmg7WyXci

Grealish, who has England caps, was unavailable for Gareth Southgate for victories in World Cup qualifying over San Marino, Albania, and Poland, but Smith doesn’t think that will impact the playmaker’s chances of being selected for this summer’s European Championships.

“Fortunately I don’t have that decision to make, I’d be very surprised if he doesn’t make the Euros [squad],” Smith added.

“I think when people come to choose the players of the season, he will be amongst the names that are mentioned, so yeah that would surprise me.”

‘Watkins still has a smile on his face after England debut’

Smith says his striker Ollie Watkins has “earned the right” to get on the pitch for England after he scored on his Three Lions debut against San Marino over the international break.

Watkins scored the fifth goal in England’s 5-0 win over FIFA’s lowest-ranked side with a low finish from inside the box in the 83rd minute during the 2022 World Cup Qualifier at Wembley.

The 25-year-old’s first international cap and goal follows a superb season with his club to date, in which he has notched 10 goals in 28 Premier League appearances.

Smith, who also managed Watkins at the pair’s former club Brentford, says everyone at Villa is proud of his achievement over the break and believes his debut goal is testament to his work ethic and his meteoric rise from playing in League Two with Exeter City just four years ago.

“He got welcomed back into Bodymoor Heath by everybody and he still had that smile on his face so everyone here is really pleased for him,” Smith said.

“And I know my old club Brentford will be as well because he’s such a likeable lad. 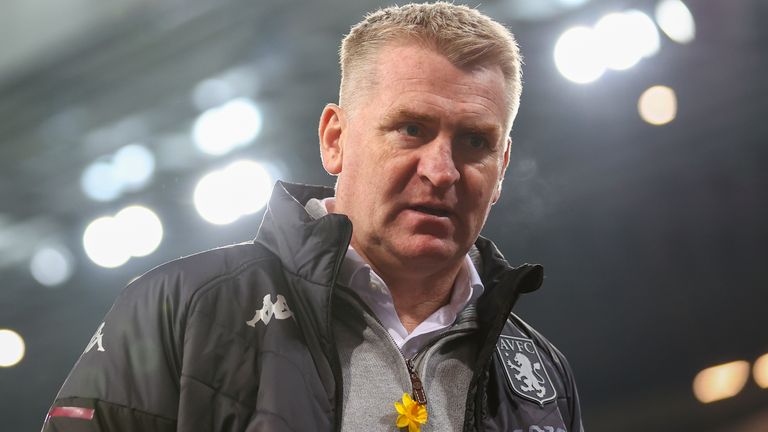 “He works extremely hard and he’s earned that right to get on the pitch for England and then score, I think it was his second touch of the game, a really good story for him and for others like him.”

After the game, John’s brother Stephen has joked that he had never seen McGinn try such an acrobatic move even when the pair were growing up, and Smith said he agreed: “I’ve not seen him try it!

“He is the one who comes out with the most banter at the football club but even at the training ground and after training, so I can echo his brother’s statement, but he will come back with a smile on his face.

“Bertrand Traore scored the winner for Burkina Faso as well so we’ve got some smiling faces coming back.”