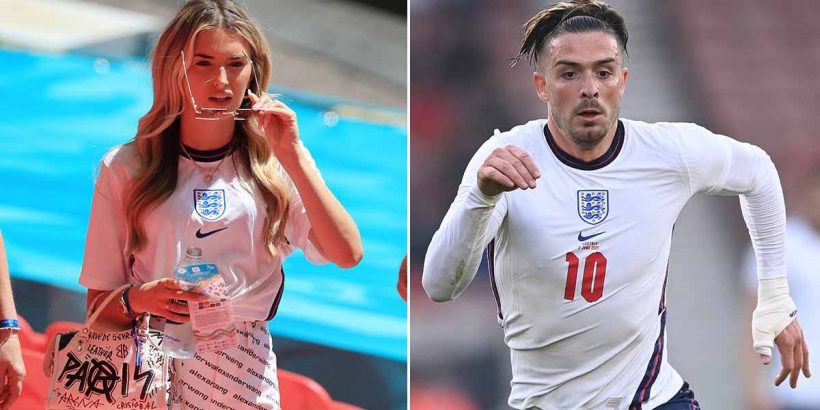 England star Jack Grealish got ‘back with his ex’ ahead of Euro 2020, with the model ‘cheering him on at Wembley’.

The Aston Villa midfielder played his first senior minutes in a major tournament for the Three Lions as a substitute in the 0-0 draw against Scotland on Friday.

It was rumoured, though, that he was going into the tournament single after a split from model girlfriend Sasha Attwood.

But The Sun have reported that Grealish has got back together with the 25-year-old ahead of the Euros – and now describes her as his “secret weapon”.

A source said: “Jack and Sasha have been through a rocky patch but are firmly back on track now.

“Jack is keen to keep Sasha out of the limelight and she keeps him grounded.

“He thinks it’s best if the fans still think he’s single, but she’s been cheering him on from the side lines during the Euros.

“Sasha is his secret weapon off the pitch and will support him no matter what. They’re both very close to each other.”

Do you think Jack Grealish should start for England against the Czech Republic? Let us know in the comments section.

Grealish has been with Attwood since they met as teenagers at St Peter’s Roman Catholic Secondary School in Solihull – not many miles away from Villa Park.

But the 25-year-old has kept their relationship quiet during his playing career.

During their split this year, though, the midfielder was seen messaging Love Island star Natalia Zoppa, 21, but was caught out by her boyfriend.

After rekindling the relationship, Attwood was seen at Wembley wearing an England shirt with her partner’s name on the back for the opening game against Croatia.

On the bench for that game, he played 27 minutes as he came off the substitutes bench for Phil Foden against Scotland but could not find the winning touch against the Three Lions’ historic rivals.

He was called up to the squad after scoring seven goals and making 12 assists for Villa to help them finish 11th in the Premier League table.

But his performances are attracting the attention of champions Manchester City, who are prepared to “break the transfer record” for the English top-flight to secure his services.