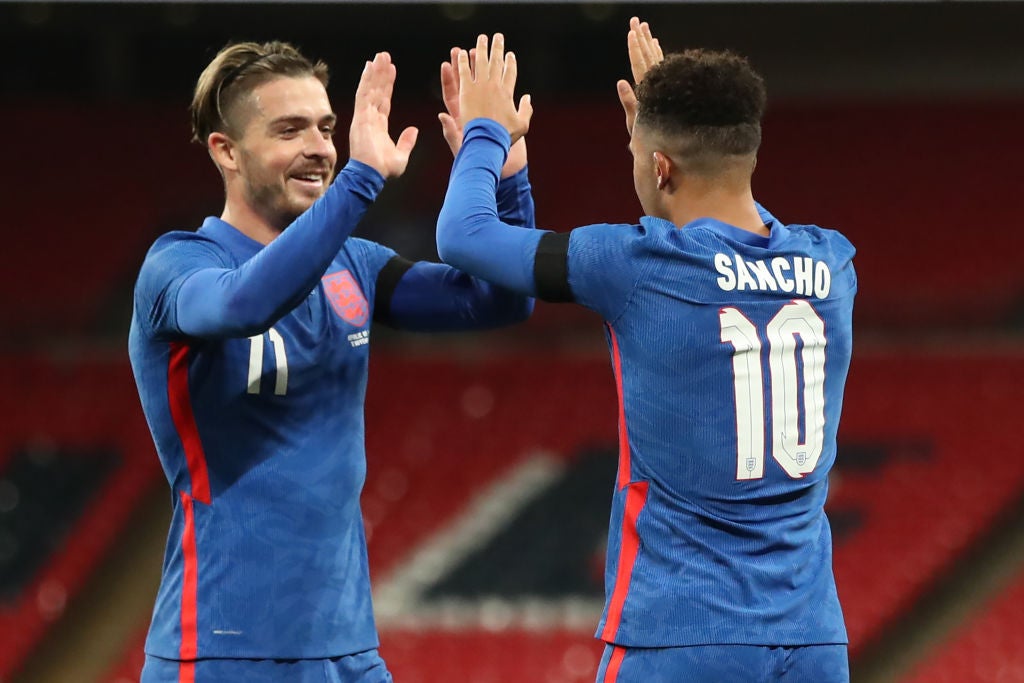 England very quickly got their opening goal and it was as if, after that, they realised they were far superior.

They started trying things and taking speculative shots, effectively signalling they knew they could score at will.

Grealish went close, Maguire had another header tipped over, Dominic Calvert-Lewin a shot that flashed wide.

In one flowing move in the second half, Mings – of all players – pulled off a flick on the turn that almost produced the most divine of assists.

The second had come from Sancho ambling his way into the box and curling the ball beyond Darren Randolph. The gap that Jeff Hendrick allowed him was reflective of the gap between the teams.

For the third goal, it was as if Ireland were so disoriented Cyrus Christie was bamboozled into a foul on Bukayo Saka. The penalty was soft, but you could get why it was given.

Calvert-Lewin’s penalty was hard, and impossible for Randolph to get at.

Shortly after that, Grealish was taken off, as if to put Ireland out of their misery.

He’d made a few points, by making England sing.