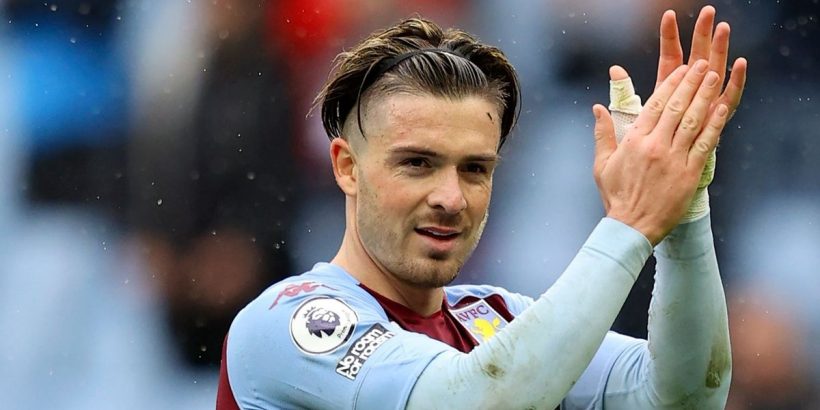 What's the betting Jack Grealish will end up staying at Aston Villa? It certainly isn't the long shot some would have you believe.

In fact, I think there's more chance of Grealish kicking off the new season in claret and blue than anything else.

And it's nothing to do with his unquestionable ability, the size of wage packets or loyalty to the club he grew up supporting.

The simple fact is Grealish's options look extremely limited. There aren't three or four big-hitters ready to get involved in an auction. It would appear that it's possibly Manchester City or stay put.

Still, the England midfielder finds himself on a money-spinning roulette wheel which no matter where the ball lands, it will spell a big WIN-WIN.

There looks to be only two players in town – Villa and City – with the charismatic star's head and bank balance the only things left spinning come transfer deadline day.

Grealish will be in the money regardless. A £90m move to City would put him in a bracket with football's elite. If that doesn't materialise then Villa are ready to make him the highest earner in the club's history with a pay packet of around £160,000 a week.

Unless there's a real surprise late bid from an unexpected quarter, City appear to be the only club that can really afford him right now.

Rivals United are splashing their cash on Jadon Sancho while the likes of Liverpool and Chelsea appear to have their eyes elsewhere.

Arsenal and Tottenham are like those people who might come to look at your property, but aren't really in the market.

The traditional big spenders from abroad are potless. There's never been the slightest suggestion that the likes of Barcelona or Real Madrid would be interested but if they were – they're skint.

So, the bottom line is that if City's money men decide that committing themselves to a total package of well over £100m for Grealish isn't for them right now following a financially testing time for ALL clubs, then where's he going to go?

It's still going to be the sweetest of summers for the 25-year-old no matter where he kicks off the season.

At the turn of the year, he was struggling to make any kind of claim for a place in England's Euro squad as he struggled with a persistent shin injury.

He made a late dash for it, clambered into the squad and has seen his reputation rise on the back of the limited time he was given.

Grealish's stock couldn't be higher – and that's half the problem. Take City out of the equation and there's no one left with deep enough pockets.