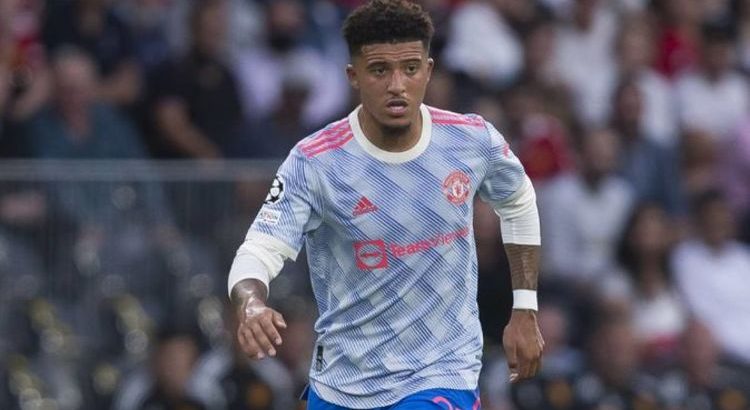 Jadon Sancho’s start to his Manchester United career has not gone exactly to plan. The 21-year-old winger arrived at Old Trafford to much fanfare earlier in the summer after United agreed to pay Borussia Dortmund £73million for his services.

His arrival signalled the start of an ambitious summer transfer window for United: finally they were signing the player who had eluded them the year before.

More than anyone else, Sancho was the player United fans yearned for; he was to be the answer to their long-asked question of who should play on the right wing.

Yet two-and-a-half months on from the grand announcement of Sancho’s big-money move from Dortmund and he has flown somewhat under the radar.

Much of that is to do with the arrival of Cristiano Ronaldo, who promptly stole Sancho’s limelight by completing an even more audacious and exciting transfer from Juventus.

Ronaldo has since scored three goals in his opening two matches for the club to maintain the excitement buzzing around his name at Old Trafford.

JUST IN: Arsenal handed Bernardo Silva blow as he decides next destination

Sancho, meanwhile, has failed to hit the ground running: his five appearances have yielded no goals, no assists and – truth be told – little to get excited about.

Having made two starts and two substitute appearances in the Premier League without so much as getting the fans off their seats, Sancho was given another chance to impress against Young Boys on Tuesday night.

Yet his misfortune continued as, after Ronaldo opened the scoring, Aaron Wan-Bissaka ruined his night with a 35th-minute red card.

Ole Gunnar Solskjaer opted to replace Sancho with Diogo Dalot to plug the gap at right-back and the former Dortmund man was then forced to watch his side surrender their lead and lose 2-1 in Switzerland.

There is still plenty of time for Sancho to come good, but there are bound to be murmurings of discontent among United’s demanding fanbase.

However, a glance over Sancho’s statistics suggests that patience is required.

United splashed out £73m for a very good reason: Sancho’s numbers at Dortmund were absolutely outstanding.

Last season he notched up a staggering 16 goals and 20 assists in 38 games across all competitions – and that was without scoring until October. Meanwhile, his first goal in the Bundesliga did not come until January.

Sancho was a slow starter in Germany, but once he hit his stride and clicked with his team-mates, he was just about unstoppable, as his role in winning the DFB-Pokal for Dortmund showed.

Like many players, Sancho started the 2021/22 season under far from ideal circumstances. He went straight from the 2020/21 campaign into Euro 2020 and England’s draining run to the final was made even more energy-sapping by its dramatic and emotional conclusion, of which Sancho was heavily involved.

Following that with a high-profile transfer to a club like United is a demanding summer by anyone’s standards.

Sancho should now be more settled at United and, with five games under his belt, he is bound to be more comfortable and familiar with his team-mates.

All the signs from his previous club point to success – but it might take some time for him to fully flourish.