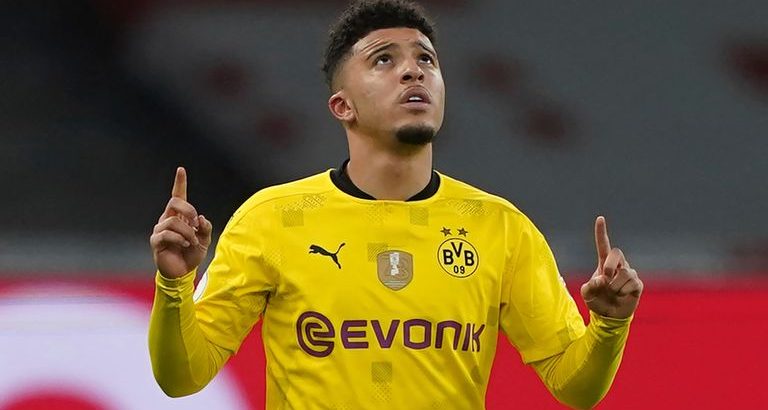 Manchester United and Borussia Dortmund are around £11m apart in their valuation for Jadon Sancho.

Talks continue between the clubs for the 21-year-old, who is with the England squad ahead of their Euro 2020 opener against Croatia on Sunday.

Dortmund are likely to want the majority of the £86m paid up front, with the rest made up of achievable add-ons.

There is a willingness from all parties to get a deal done, with personal terms and agents fees not expected to be a problem.

Sancho’s current contract is up in the summer of 2023.

United remain the most “realistic destination” for Sancho – though other clubs are still interested.

Asked if his future is an unwanted distraction ahead of Euro 2020, Sancho told talkSPORT: “No, I’m cool about it.

“You know, there’s always going to be speculation, especially when you do well.

“It’s just how you handle that on the pitch and just keep doing what you’re doing.

“If you keep on doing that then I’m sure that won’t be a problem because the main thing is my football and that’s what I’m focused on at the moment.”

Potential future club team-mates Marcus Rashford, Dean Henderson, Luke Shaw and Harry Maguire are all in the England squad alongside Sancho as talk rumbles on, but the winger has been giving little away.

“Of course all the boys have a lot of questions, you know,” he added.

“I feel like that’s with a lot of players because we’re all such great young talents and, you know, when you do well – again, like I said – speculation is always going to come around.

“Again, I just tell the boys, ‘look, I’m just focused on football at the moment’ and we just focus on the Euros, step by step.”

Ending the day in style.

What should Man Utd do this summer?

Sky Sports News’ James Cooper writes: “Ole Gunnar Solskjaer has talked about ‘finetuning’ this summer rather than wholesale changes with a suggestion there will be one major, marquee signing accompanied by a couple of other new faces.

“Finance was an issue last summer and a year of football amidst a pandemic has not made the economics any easier at Old Trafford either, so I don’t expect a huge cash injection to suddenly make everything alright.

“After extending Edinson Cavani’s stay in Manchester and with hopes high for Mason Greenwood’s continuing development, it would be a surprise if one of either Harry Kane or Erling Haaland arrived at Old Trafford. It does not mean they have not been looked at, they have, but Manchester United have other areas they need to strengthen and their transfer cash can only stretch so far.

“Raising finance from player sales or freeing up big chunks of wages from departures would, again, allow a greater flexibility and Solskjaer and his recruitment team also remain admirers of Sancho.

“The key to what Manchester United want to do, against a backdrop where supporters are demanding big names despite the impact of COVID, is close the gap on Manchester City and prepare for a real tilt at the Champions League next season. It’s the first transfer window for the club’s new recruitment structure too and they can expect to be busy in the weeks ahead.”

Who could be on the move this summer?

The transfer window is open and there are A-list players in demand and whose futures are uncertain. We take a look at some of the big names who will be the centre of attention during the next month or so…