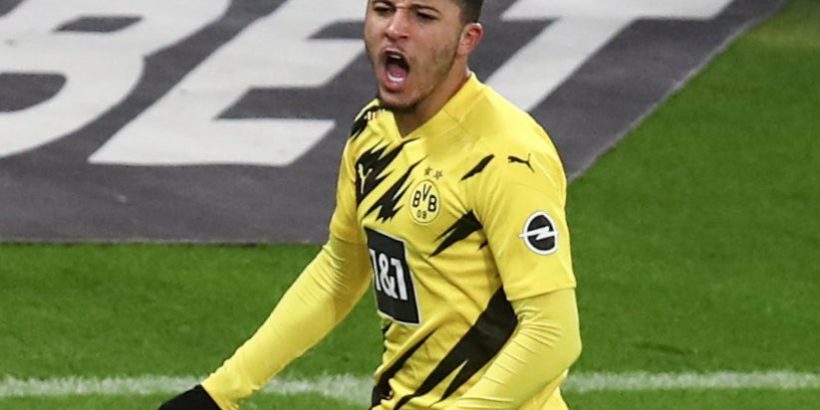 Jadon Sancho has acknowledged a “difficult” start to the 2020/21 season, but the Borussia Dortmund forward is confident on hitting top form again.

The England international was linked with a summer move away from the Bundesliga, with Manchester United in particular conducting a very public, and ultimately unsuccessful, attempt to sign him.

Sancho then did not score in his first 11 league games of the season, having netted 17 Bundesliga goals last season, but he rejected the suggestion that the failed move was causing his drop in form.

More recently, though, he has scored in successive games against Wolfsburg and RB Leipzig, helping BVB to wins over teams around them in the top four, and the forward says he is delighted to be showing end product again.

“Obviously this season has been very difficult for me personally,” Sancho told bundesliga.com.

“So I knew when I went away, I just focused on my game and came back raring to go.

“I’m working hard every day in training and on the pitch so I’m just happy to get my goals and assists.”

New head coach Edin Terzic, in place for the remained of the season, says the club supported Sancho during his dip and was always confident his best would return, as is often the case with fluctuating form among the top players.

“We spoke a lot but Jadon was always doing his best in the last weeks and months, but sometimes it’s like that,” he said to ESPN.

“Players are not always performing on this level. He knew that. He stayed hungry and we tried to support him as a team. We tried to support him individually. It worked out well in the last three games. He scored three goals, and now three assists also. He’s in a good way to get into his best form.”

Dortmund are fourth after 15 games of the season, five points behind leaders Bayern Munich. They face Sevilla in the Champions League last 16.