James Rodriguez will reportedly undergo a medical at Everton next week, ahead of a season-long loan move. The Toffees have been in advanced negotiations with Real Madrid over a deal since the start of this week.

Rodriguez is deemed surplus to requirements at the Bernabeu but now looks set to test himself in the Premier League.

He would be Carlo Ancelotti’s first major signing since he was appointed as Everton boss last December, following the sacking of Marco Silva.

Ancelotti has worked with Rodriguez on two occasions already at Real Madrid and Bayern Munich.

Now he could be the man to get his career back on track following a season in the cold. 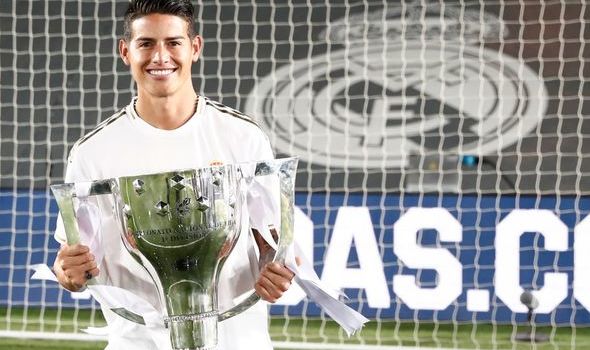 The 29-year-old appeared to hint on social media that he was on his way to Merseyside.

He posted an image in the gym captioned “I’m ready,” to tease Everton fans that he was potentially heading to Goodison Park in the near future.

According to talkSPORT, Rodriguez will have his medical next week before putting the finishing touches on the move.

They also add that the deal is a season-long loan as opposed to an immediate permanent deal.