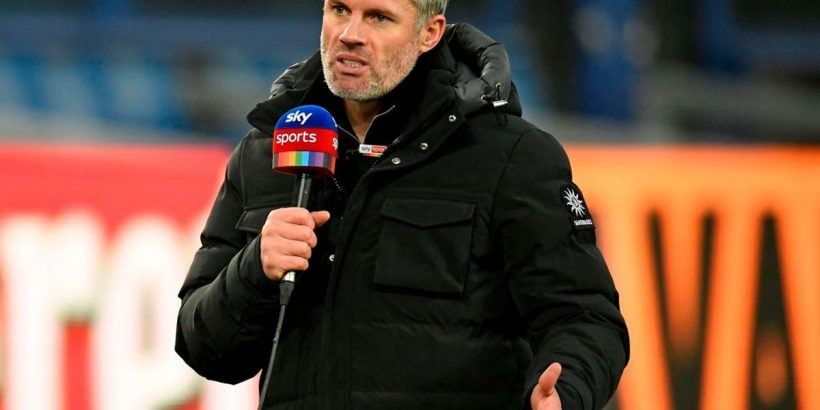 Liverpool’s dreadful recent run of form has seen the reigning Premier League title holders fall out of contention for even a top-four spot, with former defender Jamie Carragher saying there is a lack of spirit and belief about the players.

A feature of the Reds’ play last season and beforehand was their capacity to score late goals, earning points which looked lost – but now there’s little optimism of taking a positive result when falling behind.

Jurgen Klopp’s side have scored only four goals in their last six league games, losing five of them, with the only victory recently coming against bottom club Sheffield United.

Carragher says that when the team falls behind in a game, as they did in the weekend 1-0 defeat to Fulham, there is such a negative mindset that the players don’t look capable of mustering a response.

“So often at these stages last season, Liverpool scored late goals, even the year before when they were chasing down Man City,” the defender-turned-pundit said on Sky Sports.

“That man [Klopp] rightly called his side the mentality monsters and they deserved that tag, but right now, they are like mentality midgets.

“Every time there is a bit of adversity, you go behind in a game, his team is just not dealing well with adversity at any stage in this last three or four months.”

Having been champions of the domestic league, the Champions League and even the Club World Cup over the past two seasons, the drop-off from the Reds this season is enormous and cannot at this point be explained solely by injuries, even if that has forced a complete reshuffle of the line-up.

READ MORE: Broken Liverpool must be rebuilt – is Klopp the man to do it?

Carragher, who played 737 times for the club before retiring in 2013, says that recent displays have been well below the required level and that the players must take responsibility.

“It’s not acceptable from Liverpool, that sort of performance, and I’ll tell you what, I played in some really poor Liverpool teams.

“These defeats, at home, against the level of opposition, you need to find something from somewhere. It looks like top four positions now are a long way off.”

The Reds’ next game comes in the Champions League, when they face RB Leipzig in the second leg of the last 16. Klopp’s side hold a 2-0 advantage from the first leg, with both matches of the tie taking place at the Puskas Arena in Hungary.