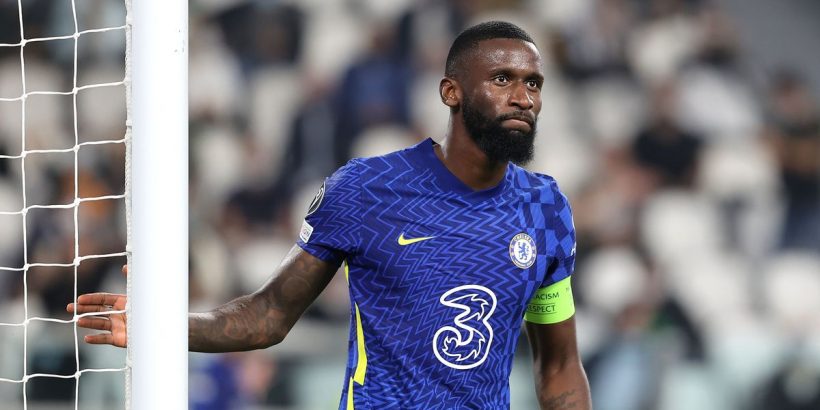 Jamie Redknapp has backed Liverpool to chase a deal for Chelsea's soon-to-be out of contract defender Antonio Rudiger.

The Germany international's current contract is set to expire in the summer and he has yet to agree a new deal with the European champions to keep him at Stamford Bridge beyond the end of the season.

This means he is currently able to negotiate and sign a pre-contract agreement with foreign clubs or join any club for free once his deal expires at the end of June.

Real Madrid have been strongly linked with signing Rudiger but Redknapp has now urged Liverpool to make an approach. Speaking ahead of Chelsea's Carabao Cup semi-final second leg away to Tottenham Hotspur, Redknapp spoke highly of the 28-year-old.

"There’s not many like him in world football. A lot of centre-backs now, they’re nice," explained the former Liverpool midfielder.

"Not many of them are going to be aggressive, kick you, be in for a fight every time you play against them. I think they’re going to look at Rudiger and think that’s what he brings."

Chelsea have been keen to keep Rudiger following his resurgence since Thomas Tuchel took over as manager at the start of 2021. Redknapp also highlighted his importance to Chelsea as he stated: "He’s a one off to that extent. If you’re Chelsea, you’re doing everything (to keep him). But from his point of view he’s in a good position, everyone will want him."

As for a potential move to Anfield, Redknapp also urged his former club to make an approach for the former Roma centre back.

"I look at my team, Liverpool. You can imagine him alongside Van Dijk," he admitted.

"He’s free transfer in the summer, not going to cost you any money. Just obviously a massive wage is what he will want."

Rudiger scored the only goal on Wednesday night as Chelsea beat Spurs 1-0 to progress to the Carabao Cup final 3-0 on aggregate.