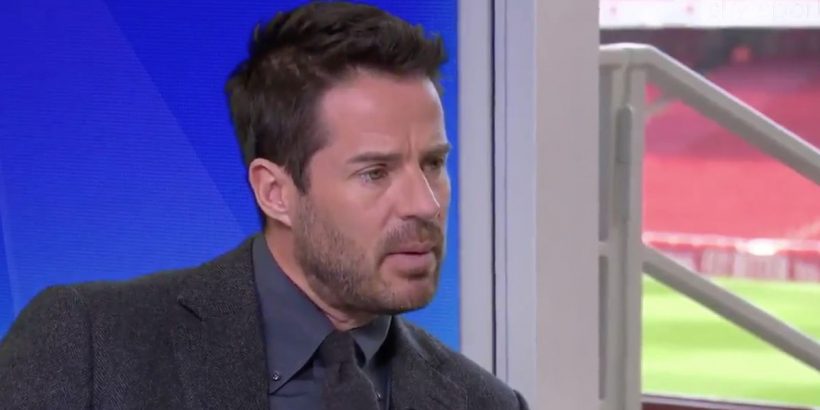 Raheem Sterling's second-minute header steered City to a 1-0 victory in north London in what was their 18th consecutive win in all competitions.

But, in truth, the scoreline flattered Arsenal and there was a clear gulf in class between the two sides at the Emirates.

The Gunners managed just one shot on target as their forward line was nullified by City's impressive defensive.

Striker Aubameyang, winger Pepe and attacking midfielder Odegaard received only six passes in the final third between them in the first half. Redknapp voiced his concerns over the trio's lacklustre performances before singling out Aubameyang in his lengthy criticism of Arsenal's misfiring attack.

"When I watch him sometimes, it's like he's lost his super power. You saw him run past people when he first came to the Premier League. Do you agree with Redknapp's criticism of the Arsenal trio? Have your say in the comments.

"I'd see him run past people at Dortmund. I'm seeing now, a player that looks like he's going to get bullied every occasion. And he's your leading light.

"The likes of [Bukayo] Saka and [Emile] Smith Rowe, they're the ones leading the way. It's the other players that I feel need to step up more."

Redknapp also discussed the gulf between Arsenal and City, adding: "I look at that team, at that squad, and I've said it before; until you invest.

"[Rob] Holding does a good job. But we're talking about a team that is full of great players and one team with one or two."

Arsenal face Benfica in the second leg of their Europa League last-32 tie on Thursday before a trip to Leicester next Sunday.