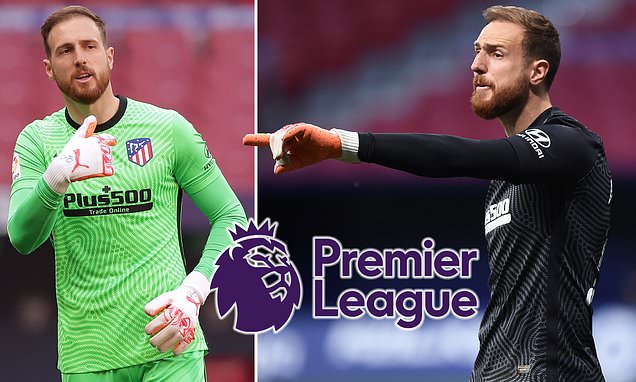 Atletico Madrid goalkeeper Jan Oblak leaves the door open for future Premier League move as former Chelsea and Manchester United target insists: ‘I am sure in any league I could play well’

Atletico Madrid goalkeeper Jan Oblak appears to have left the door open to a Premier League switch in the future.

Oblak, 28, has cemented his spot as one of the finest shot stoppers in world football during his time in LaLiga, and was reportedly the subject of fierce interest from the likes of Manchester United and Chelsea in the past.

Now, when questioned whether he could see himself playing in England, Oblak admitted he is ruling nothing out. 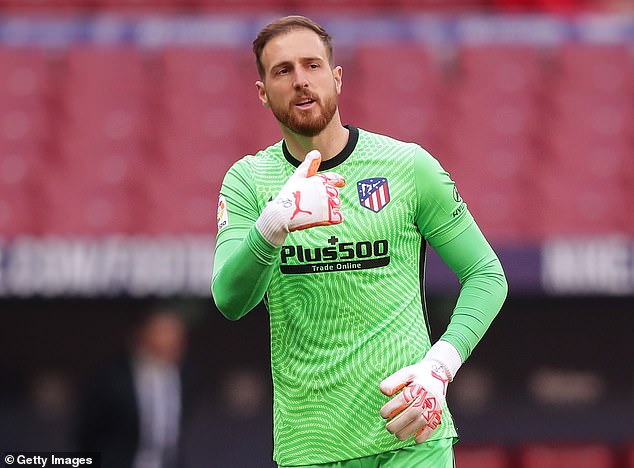 ‘The Premier League has strong teams,’ Oblak told Guillem Balague. ‘Maybe the strongest. But I think in the end it is what the coach is asking of you. You listen to his instructions.

‘You are one of the 11, so you do what he asks of you. All the players on the pitch are thinking like that. It doesn’t matter if it’s the Premier League, Italian league, Spanish league, wherever you go you need to do what the coach is asking you to do.

‘I don’t know what the future will bring, but I am sure that in any league I would play I could play well. You never know what will happen in the future. 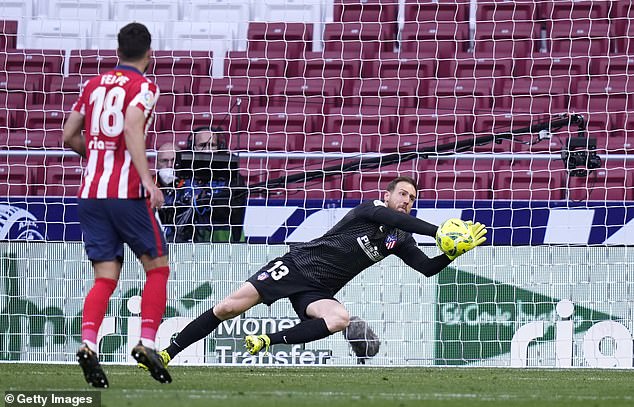 ‘Now I have been in Spain for seven years. Let’s see. I’m still young. Not so young anymore, but I still have some years in front of me.

‘The most important thing for me is the hope that I do not suffer any injuries. Let’s see what the future will bring.’

Oblak joined Atletico from Benfica in 2014 and has since gone on to make 298 appearances in all competitions.

An impressive tally of 157 shutouts has seen him named LaLiga’s best goalkeeper on four different occasions. 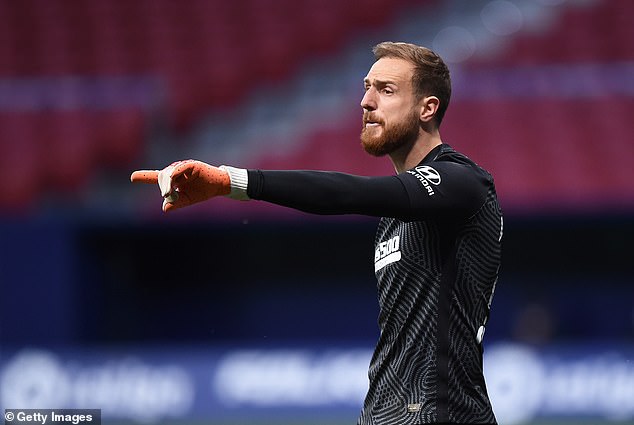 Oblak, 28, holds an impressive tally of 157 clean sheets in 298 appearances in all competitions

Prising him away from Wanda Metropolitano may prove difficult, however, with Oblak still having two years left on his contract.

An eye-watering release clause, believed to be valued at £103million, will likely prove a major stumbling block for potential suitors.

But recent indications point towards United rekindling their attempts to sign Oblak, as claimed by Sky Sports.

Ole Gunnar Solskjaer is said to be keen to add to the big names the club already possess between the sticks when the market opens.

The same report says that Oblak features on a shortlist compiled by United – although any swoop would be a surprise with both David de Gea and Dean Henderson already jostling for the first-choice jersey.

Despite this, recruitment staff at Old Trafford are believed to have ‘ramped up’ analysis of Oblak.