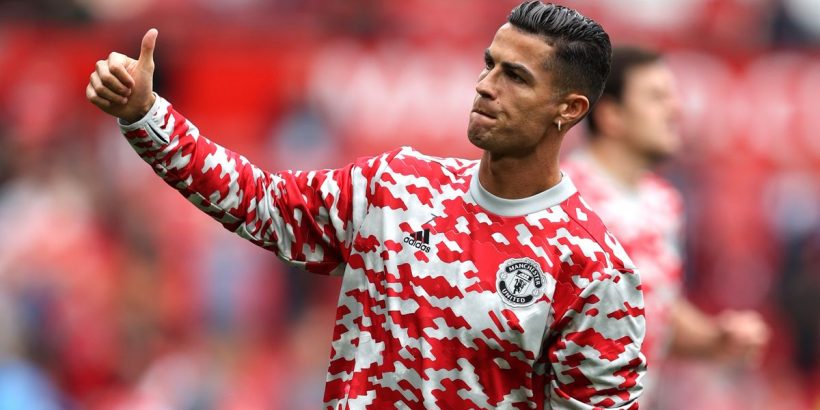 Jeff Stelling could not believe Manchester United's "absolute shocker" of a training kit as Cristiano Ronaldo came out of the tunnel to warm up ahead of his second debut.

Ronaldo starts against Manchester United against Newcastle United on Saturday as he makes his second debut for the club after returning to Old Trafford.

The Portugal striker left the club 12 years ago for Real Madrid after six trophy-laden years with the Red Devils, winning three league titles and the Champions League under Sir Alex Ferguson.

The 36-year-old joined on a two-year deal on transfer deadline day and United have the option of a third year as well.

Speaking with the Soccer Saturday panel of guests, Stelling could not resist poking fun at United's training tops as Ronaldo emerged from the tunnel at Old Trafford to warm up.

"Here he is. Goodness me that is a shocker of a training top. I mean it is a true shocker. Even Ronaldo could not make that acceptable.

"Goodness me, if he'd known he was going to have to wear that he wouldn't have signed for goodness sake."

United's players were wearing red and grey long sleeve training tops with a checked pattern as they came out to warm up before their clash with Newcastle.

The match presents Ronaldo's first appearance for United since he returned to the club before the international break and he has a good record against the Magpies.

He has never lost against Newcastle, having won 10 of his 11 matches against the club, scoring six goals and providing five assists in the process.

This includes his only Premier League hat-trick to date in a 6-0 home win against the Magpies in January 2008, his last home match against Newcastle for Manchester United.