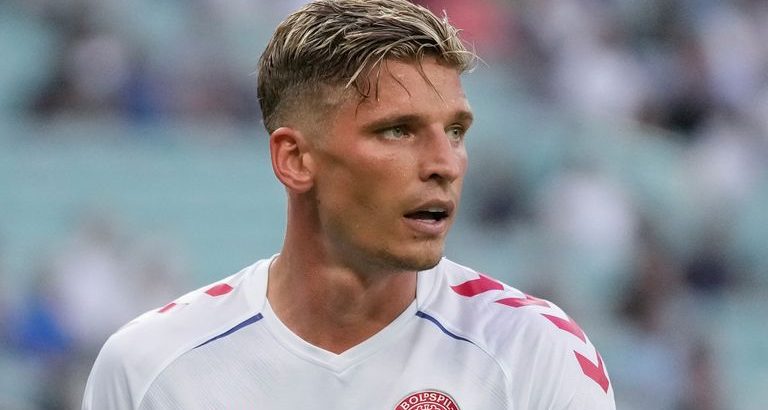 Galatasaray look set to win the race to sign one of Denmark’s stars of the Euros – Jens Stryger Larsen.

The Turkish club are closing in on a deal with Udinese for around £3.5m (€4m) for the right-back, who started in the semi-final defeat to England.

Watford – a sister club of Udinese – have been interested in Larsen and he has also been tracked by West Ham.

But Larsen is said to be attracted by the prospect of playing Champions League football for Galatasaray. They face PSV Eindhoven in a second-round qualifier on Wednesday.

Larsen played in all of Denmark’s games at the 2020 Championships, impressing as Denmark progressed into the latter stages following Christian Eriksen’s cardiac arrest in the first game. The 30-year-old has been at Udinese since 2017 having joined from Austria Vienna but, after 140 appearances for the Italian club, he has just one year left on his contract.

Watford had been keen on him as they look to strengthen following promotion back to the Premier League. The Hertfordshire club have already been busy in the market with Josh King and Danny Rose joining on free transfers.