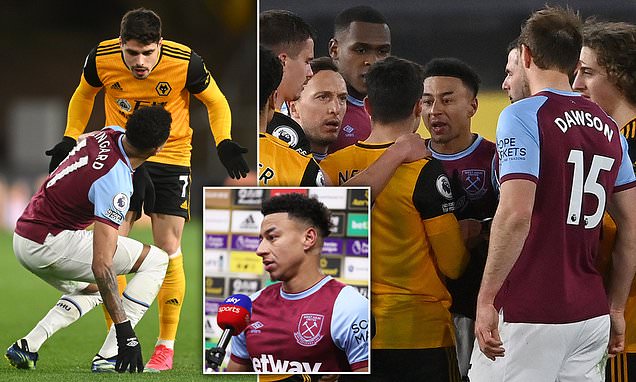 Jesse Lingard reveals Pedro Neto said ‘why do you play like that?’ to him in angry bust-up in West Ham’s win at Wolves… but the Man United loanee STILL doesn’t know what he meant by it!

Jesse Lingard has revealed Pedro Neto took issue with West Ham’s game management tactics which led to a full-time bust up against Wolves.

Lingard was the star man as the Hammers stormed into fourth with a thrilling 3-2 win, but the midfielder was involved in an altercation with Wolves forward Neto at the final whistle.

Team-mates swarmed the pair after they were seen exchanging some angry words at the end of the game, and Lingard revealed Neto was unhappy with the winning side keeping the ball in the corner in the final stages as they looked to secure the win. 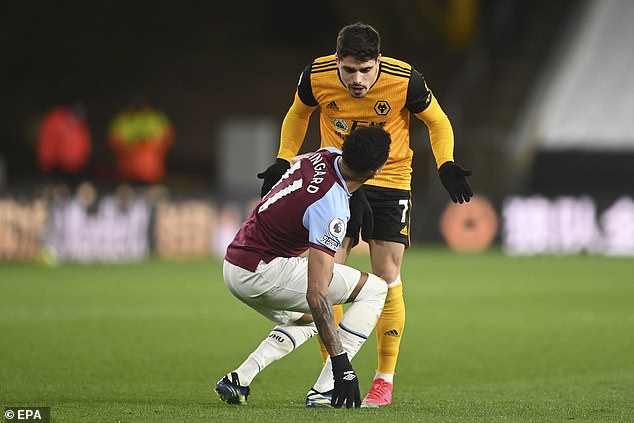 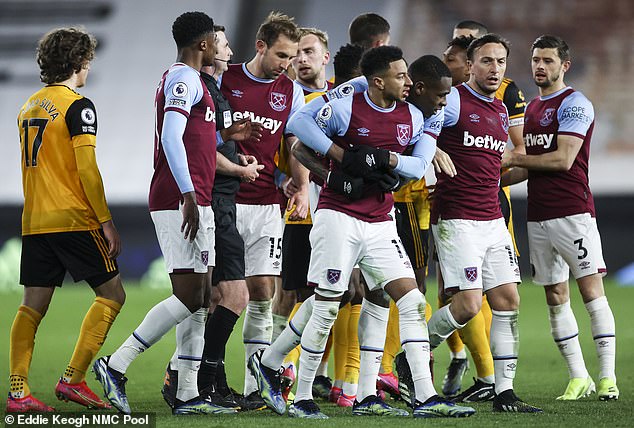 When asked about the incident by Sky Sports after the game, the on-loan midfielder revealed, ‘he (Neto) said, “why do I play like that?”, but I don’t know what he meant by that.

‘Of course we won the game, I think he meant when we kept it in the corner, but it’s game management.

‘There’s things like that we have to learn and keep picking up one.’

Lingard has been a hit in East London since joining for the remainder of the season from Manchester United, scoring six goals and assisting four times in eight Premier League games. 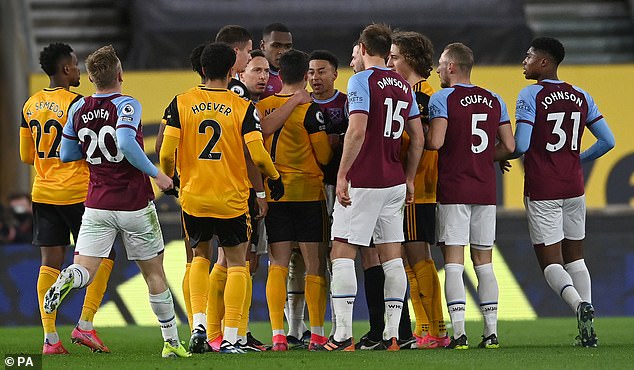 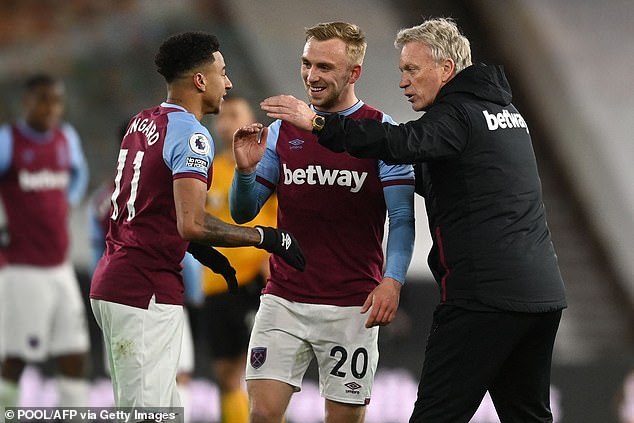 After the Hammers took a momentous step by leapfrogging Chelsea and Tottenham into the Champions League places, Lingard revealed his team-mates are ready for the challenge of trying to make it a memorable season for the Irons.

On his side’s top four push, Lingard added: ‘It is about maintaining and keeping focus. We have tough fixtures but the lads are ready.’

West Ham managed to secure the win on Monday night despite being without one of their star men, Declan Rice, with veteran Mark Noble stepping up in his absence.

The club captain, who will leave the club at the end of the season, has been part of some struggling teams since making his debut in 2004 but has a great chance to make history for his boyhood side. 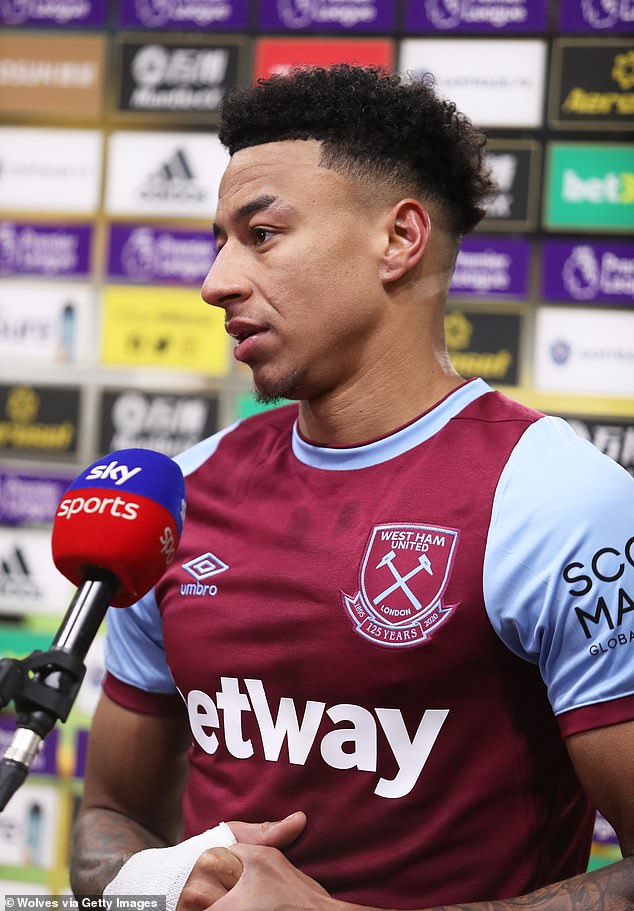 After helping his side secure an important win, Noble told Premier League production: ‘We said two or three weeks ago that when we get to single figures in games left we can have a right go because we have nothing to lose and we can go for it.

‘This hasn’t been a nice place for us in the last few years and it’s a good win for us tonight.

‘Let’s hope it’s a great [season]. We have eight games to go and we’re in fourth. We’re mixing it with the top teams.

I’m hoping we can keep most of our players fit, we need to see how Dec [Declan Rice] is, but the boys were great tonight.’ 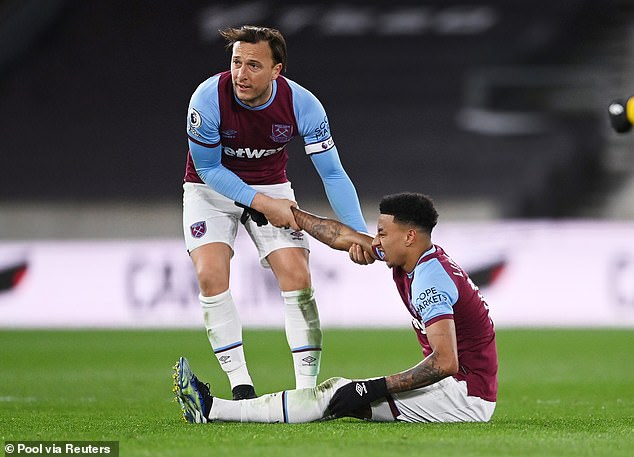