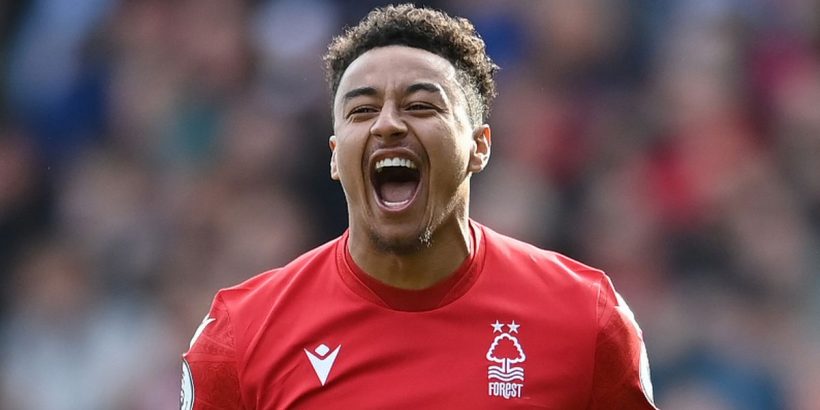 Premier League footballer Jesse Lingard has revealed he is eyeing an acting career after retirement.

The former Manchester United star – now with Nottingham Forest – has not made the impact he might have expected since leaving his boyhood club in the summer. But a lack of goals and assists in the Premier League may not trouble him for too long.

Now 30, Lingard explained his love for movies and how he “just wants to be happy” on The Diary Of A CEO podcast. And he shed light on his dream of becoming a movie star when he eventually hangs up his boots.

Lingard said: “After football I want to go into acting. Maybe start doing a little bit of voiceover work, animation kind of things.

“But I need to take drama classes – I've not done that yet. I just love films. I've always been a big film lover. And to be involved in a film or a series would be amazing.

“I need to really home in on the drama side of things – I'm really bad with lines to be honest. I think I'll start in comedy first.”

Which movie could you see Jesse Lingard appearing in? Let us know in the comments section.

The England international added: “And then when you see the Interstellars and Inceptions – them kind of roles. But that's going to take time. You're not going to be [cast] straight way – maybe a bit part”

Lingard received 32 England caps since his international debut in 2016, but has not been picked for Gareth Southgate’s side since 2021. That is due to a lack of form at club level, which saw him dropped to the bench at United in his last few seasons at Old Trafford.

A loan spell at West Ham saw him return to form, but the 2021/22 campaign reduced him to a bench role again after the Red Devils allegedly blocked his move to Newcastle last January.

Lingard recently opened up about how he turned to drinking to cope with the abuse from United fans and the disappointing period in his career.

He said: "I was drinking before bed, having a nightcap. I look back now and think 'what was I doing that for? But I needed something to try and take the pain away."