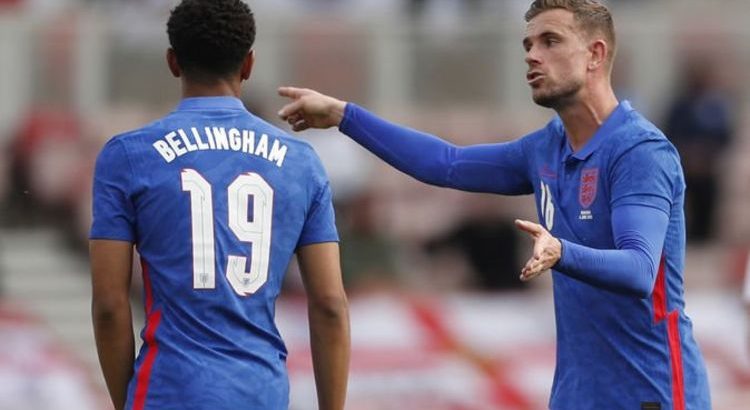 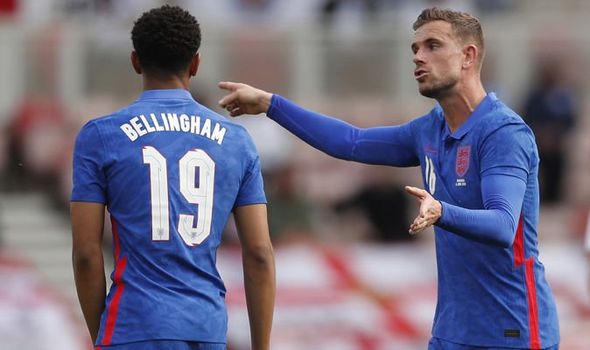 Liverpool captain Jordan Henderson has backed Jude Bellingham to light up the World Cup at an age when he himself was being sent to Coventry. Another impressive performance from the 18-year-old Borussia Dortmund player was the high spot of the England win against Andorra on Sunday.

Bellingham starred alongside Jesse Lingard and Bukayo Saka as those making the most of their chance in what was effectively a B-team run-out.

Bellingham’s strength, energy, imagination and attitude was a real positive in a particularly lacklustre first half, and certainly caught the eye of seasoned international Jordan Henderson, 31, playing alongside him.

“He is miles ahead of where I was at that age, to be honest,” Henderson said. “So I would just say to him keep doing what you are doing. Keep working hard and just stay focused on what you want to achieve.

“I would say he has already got that focus and he has got good people around him to keep his feet on the ground. He needs to concentrate on that and stay fit.

“He is already a top player and he will continue to go from strength to strength over the next few years.”

Henderson broke into the Sunderland team as a teenager but was sent on loan to Coventry in the Championship to pick up the ropes in such a vital area of the field.

Bellingham, though, seems to be able to learn his trade on the international stage as well as Germany’s competitive Bundesliga.

The beauty of England’s immaculate qualifying campaign so far is that if they can beat Poland in Warsaw tomorrow, a win in Andorra at the start of the next international could get them to Qatar with three matches to spare.

It could be the ideal opportunity for Bellingham to test Southgate’s reliance of two defensive midfielders in Declan Rice and Kalvin Phillips when it comes to getting past teams at major tournaments – something England struggled with in Euro 2020.

“Yeah, he could make an impact in Qatar to be honest,” Henderson said. “He looks ready to me, even at such a young age.

“He looks ready to be playing in the big games. I watch him for Dortmund as well and I think the way he performs there is outstanding.

“Against Andorra, he really showed what he can bring, so in over a year down the line, he is only going to get better and so would look to have a big influence at the World Cup to be sure.”

As well as his physical attributes, which enabled him to stand up even to midfielders such as Kevin De Bruyne in the Champions League double-header against Manchester City last season, it is his mental strength.

“For somebody of such a young age he shows real maturity both on and off the field,” Henderson said. “You can see how hungry he is to be a top player and he has all the attributes to do that.

“It was a pleasure to play alongside him and Trent today and just to try to help them cope, but to be honest, he is a top player as he has shown for Dortmund and I have seen him go from strength to strength over time.