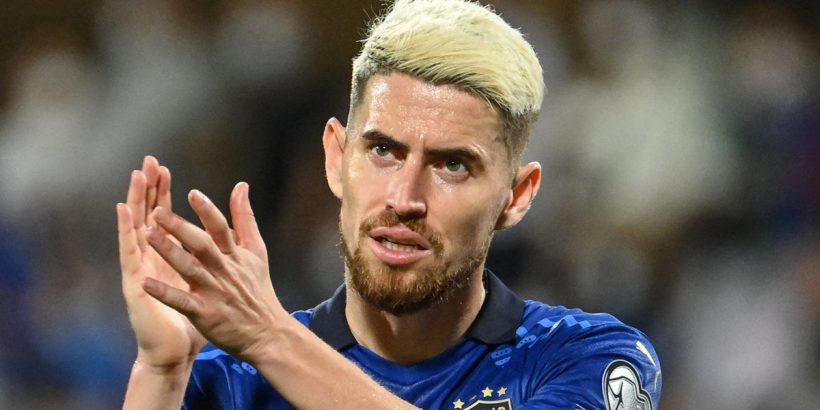 Jorginho’s agent has hinted that the Chelsea midfielder could leave the club when his contract expires, revealing it would be a "dream" to spend his final years in Italy.

The Chelsea midfielder has enjoyed his best season at Stamford Bridge since arriving from Napoli in 2018 for £57million.

The 29-year-old played a key role in the Blues’ Champions League success and his displays in Italy’s midfield were widely recognised as being the key to their Euro 2020 triumph this summer.

He is one of the contenders for the 2021 Ballon d’Or, representing a remarkable turnaround from when he was almost hounded out of west London due to his ties with Maurizio Sarri.

His arrival coincided with Sarri’s appointment as manager, with the duo both joining Chelsea from Napoli.

While Sarri’s stay at Chelsea lasted just one season, Jorginho has established himself as a crucial part of the team’s midfield and won over the dissenting voices in the stands.

Jorginho’s status in the side has been recognised by Thomas Tuchel and he has started all three of their opening matches of the season.

The midfielder signed a five-year contract with Chelsea when he arrived in London three years ago but has been consistently linked with a return to Italy with Juventus and Napoli both linked.

Now that Sarri is in charge of Serie A outfit Lazio, the topic has resurfaced and his agent Joao Santos has fuelled talk of the pair being reunited at some point down the line.

“He has a contract with Chelsea until 2023,” he told Radio Bianconera.

“Obviously, it would be a dream for him to return to Italy, hopefully after winning the World Cup.

“We’ll have to see what the market looks like in a couple of years and what the other situations are.”

Jorginho has built a reputation for one of Europe’s most reliable penalty takers due to his unique hop-and-skip technique.

But the Brazilian-born man made the headlines for all the wrong reasons after squandering yet another spot-kick for Italy over the weekend.

He recently admitted that missing in the penalty shootout against England in the Euro 2020 final continues to “haunt” him, despite the Azzurri prevailing at Wembley.

But this time his miss was decisive to the result as Roberto Mancini’s side, who have not lost for 36 matches to equal the international record, were held to a goalless draw by Switzerland.

The Chelsea midfielder saw his effort comfortably saved by goalkeeper Yann Sommer in Basel, although Italy should have no problem wrapping up qualification from their World Cup qualifying group.