Jose Mourinho and Ole Gunnar Solskjaer appeared to exchange words after Manchester United beat Tottenham 2-1 at Old Trafford. Marcus Rashford scored twice for the home side while Dele Alli notched for visitors on Mourinho’s return to the Theatre of Dreams.

The Premier League clash was Mourinho’s first match back at Old Trafford as a manager since United sacked him 12 months ago.

The Portuguese boss received a warm welcome from the Red Devils faithful, having won the League Cup and Europa League during his time at the club.

And Mourinho was soon in the thick of the action and left limping on the touchline after getting caught up in a collision between Daniel James and Harry Winks.

Tottenham were playing catch-up after Rashford’s early strike and managed to draw level with a brilliant goal from Dele Alli just before the break. 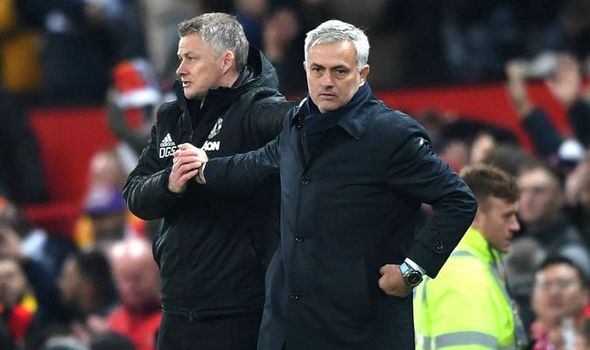 However, United were ahead again when Rashford scored from the penalty spot minutes into the second half and Mourinho was not able to mastermind a fightback.

The 56-year-old was seen sharing what looked like a tense embrace with his opposite number Solskjaer after the final whistle, having experienced his first defeat as Spurs manager.

Solskjaer succeeded Mourinho as manager at United, and there looked to be a bit of ill-feeling between the pair – judging by their faces as they shared a brief handshake at full-time.

Both appeared far from happy but performed the pleasantries briefly, with Solskjaer patting Mourinho on the head, before the pair headed down the tunnel.

And Solskjaer later confirmed that Mourinho wasn’t happy to be on the losing side but refused to elaborate on what they spoke about.

“No one likes to lose the game,” he said. “But we are all the same, we just want to win games.”

The win sees Manchester United leapfrog Tottenham in the Premier League table, with the Red Devils now up to sixth after a four-match unbeaten run.

The pressure appears to have eased on Solskjaer, with the recent sackings of Unai Emery and Mauricio Pochettino having cast a spotlight on his future. 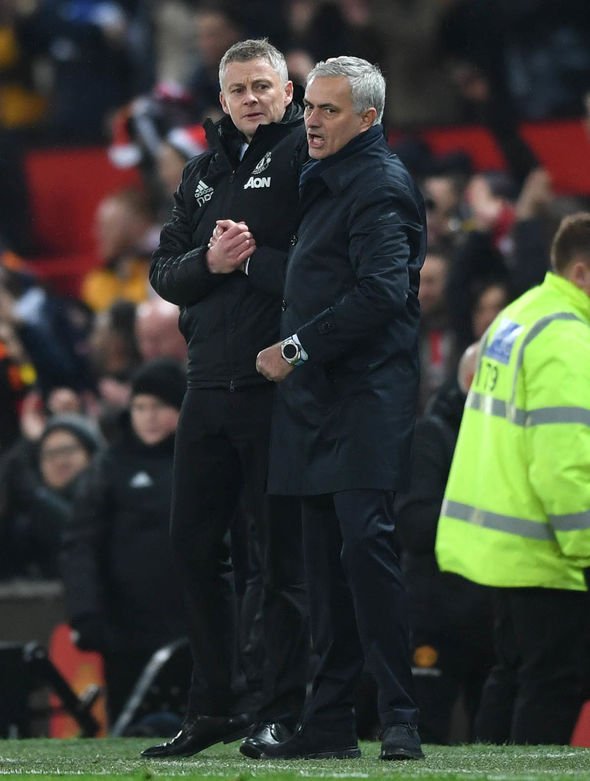 However, the Norwegian insisted that he was unconcerned about his role before the win over Tottenham.

“I’m not going to tell anyone how to run their football clubs but I think everyone knows continuity is one of the keys of success.

“Some clubs have more patience than others, some clubs don’t have that time and continuity. For me, with Man United, we have a plan in place and hopefully we can get the results to speed it up. 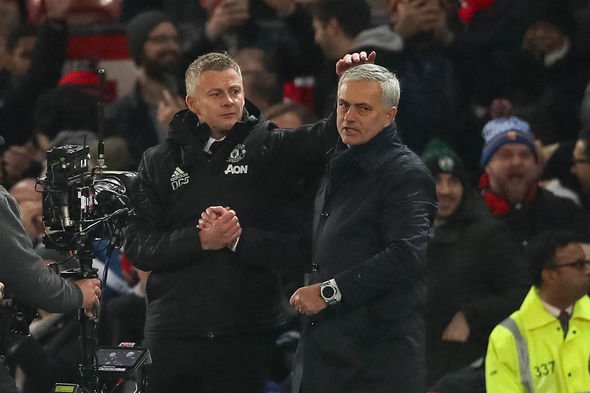 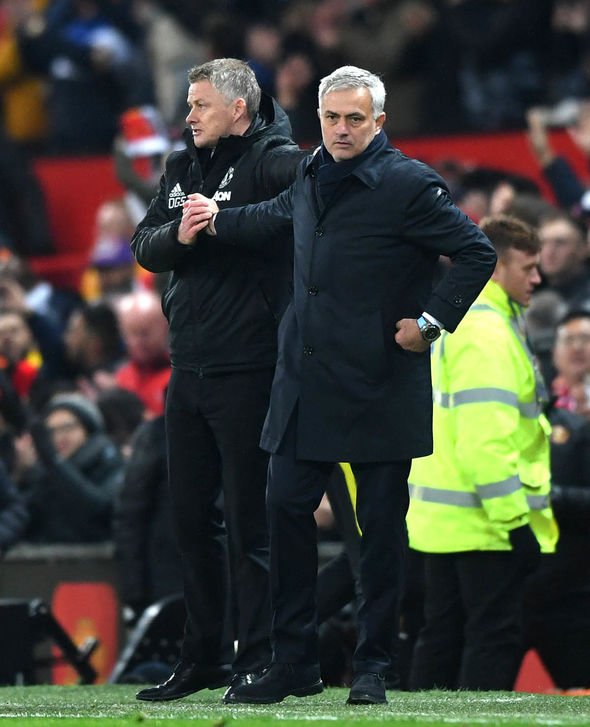 “Sometimes it doesn’t go at the speed you want to but it’s still going in the right direction. I’m just focusing on my job and that’s doing as well as I can, look forward to the next game, look long term plan things with board.

“I know our supporters and they’ve been very positive and that’s all I can go on. But results are key for us. We’ve got a great chance now, the next three days to turn people’s perceptions.” 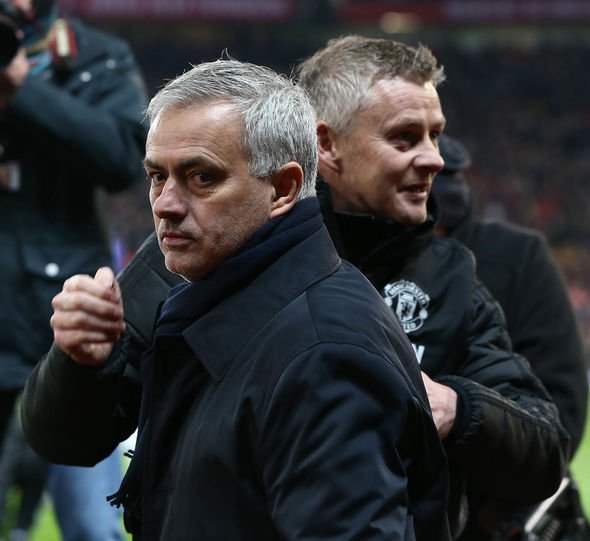