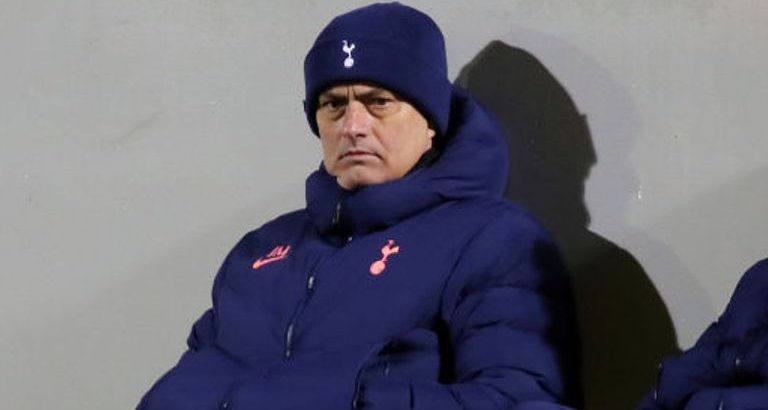 Tottenham boss Jose Mourinho is preparing for his side’s Premier League game at Aston Villa on Wednesday to go ahead.

The match is understood to be in doubt after a mass outbreak of coronavirus at Villa, with 10 first-team players struck down with the virus.

Villa lost 4-1 against Liverpool in the FA Cup on Friday with a youth team, while Mourinho – whose side had their December 30 Premier League game delayed due to Covid-19 at Fulham – has said it would be “completely impossible” for another Spurs league game to be cancelled.

Mourinho may have been making more of a point about the lack of information from the league, but asked after Sunday’s 5-0 win at Marine when he expects his side to next play, Mourinho said: “Wednesday.”

Asked again whether he thinks the Villa game will go ahead, he replied: “Yeah. Nobody told me that I’m not going to play so (on Monday morning) we start to prepare for that game, and the same Tuesday unless somebody tells us different.”

It was plain sailing for Mourinho’s side on Sunday as a Carlos Vinicius hat-trick in the first half helped them avoid an FA Cup third-round upset with a 5-0 win over non-League Marine.

Lucas Moura and 16-year-old Alfie Devine also got on the scoresheet as Spurs cruised into Monday night’s draw for the fourth and fifth rounds.

“I’m always very proud to be in the FA Cup and situations like this, for people who are mad about football, I think it means a lot,” Mourinho added.

“As Tottenham coach, I’m very happy with the players’ attitude, not risking too much, a little cautious, especially the creative guys, but good attitude, win the match as soon as possible, the result done at half-time, and everything is fine.”

Speaking on Friday, Mourinho said: “It’s the moment for the Premier League to show leadership, to make decisions. A club like us is trying everything every day to be ready to play, to follow the rules we have in our hands.

“We cannot be punished. If we don’t play against Aston Villa, that will be three matches postponed, and that will be impossible.

“After the season we have the Euros [due to begin on June 11], and of course the Euros are not going to be moved. I believe it is an impossible situation for a club to have three matches postponed, especially if that club plays in Europe.”

The winter transfer window is now open and will run through until Monday, February 1 at 11pm.

Follow all the news and analysis on Sky Sports News and across Sky Sports‘ digital platforms, including our dedicated Transfer Centre LIVE! blog.