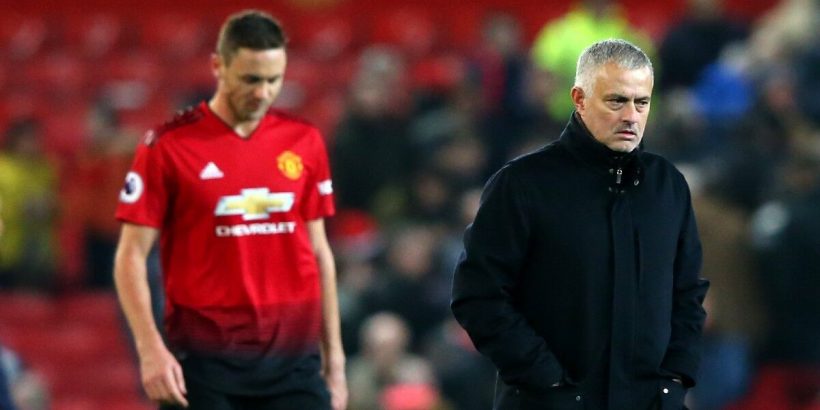 AS Roma manager Jose Mourinho has opened up about a potential reunion with Manchester United midfielder Nemanja Matic this summer. Matic will leave Old Trafford on a free transfer at the end of the season and has been heavily linked with a switch to Italy.

Mourinho brought Matic to United from Chelsea in a £40million deal in 2017, and he was a regular throughout the Portuguese coach’s stint in the dugout. But now 33, he has been reduced to fringe status and will be one of several first-team stars leaving as free agents on July 1.

Mourinho also signed Matic from Benfica when he was Chelsea boss in 2014, and they could join forces for a third time in Rome next season. But while he has admitted his admiration for the defensive midfielder, he remains coy about the possibility of adding him to his Champions League-chasing squad.

He told Sky Sports: “I never like to speak about players. I don’t think it’s good for me, the club, the players. Everybody knows my relationship with Nemanja; he’s one of the guys with my trust. We won together; we fought together in United too. He’s a fantastic player, but that’s the kind of answer that is not good for me or for the player.”

JUST IN: What Woodward thinks about Man Utd’s structure as Ten Hag prepares

Matic wouldn’t be the first United player Mourinho has reunited with at Roma; Chris Smalling and Henrikh Mkhitaryan are important figures in his current squad. Mourinho has hailed both stars, heaping praise on Mkhitaryan’s ‘amazing’ season and revealing Smalling’s impressive nickname in the Italian capital.

“I try always to be very honest with the players,” Mourinho explained. “I saw my project in Rome needing a player like Miki, I also understand the importance of Miki in the group, and he’s having an amazing season.”

He added: “With Chris [Smalling], it’s about finding a balance on his body that allows him to be playing regularly. He’s experienced, his know-how and his qualities as a defender as there. Also, tactically in relation to the system the team plays and the defensive organisation.

“Chris is doing very well this season, playing at a level that makes me really happy about him because he is a fantastic player. He’s recognised in Italy as ‘Smalldini’, half Smalling, half [Paolo] Maldini. He’s doing amazing for us.”